Justine Riccomini and Dawn Dickson explain why termination payments are still fraught with difficulty and there are traps for the unwary.

The taxation of termination payments has remained much the same over the last three decades, with one major change during that time, which many readers will recall concerned itself with the way in which Pay in Lieu of Notice (PILON) should be charged to tax if it was deemed to be an “autopilon”  (i.e. the employer had established a custom or a practice of making PILON payments upon terminating an employee’s employment, and this had created the “expectation to receive” a PILON payment in the event that an employee’s employment was to be terminated.

The main aim of any employer paying a termination payment up until April 2018, when the legislation was reconfigured, was therefore to try to exempt as much of the payment as possible by being permitted to include it in the first £30,000 tax free exemption as set out at sections 401 - 416 ITEPA 2003.

The order of approach

The order in which the legislation must be examined so that it can be classified as a termination payment has not changed.  It must first be incapable of being classified as:

If the payment falls outside of the classifications above, then it can be examined to see if it falls within ss. 401-416. If a PILON was received under the terms of the contract of employment, then it is to be treated as earnings. If it was a non-contractual PILON, then assuming it did not fall into one of the other classifications above, it could potentially be treated as falling within the £30,000 exemption.

Payments made specifically to recognise the employee’s service count as earnings under s.62 ITEPA 2003 and are therefore also subject to NICs.

The employer can apply for advance clearance under SP 1/94 to confirm that redundancy payments under non-statutory schemes are genuinely made to compensate for loss of employment through redundancy and are not a reward for services. Such applications must be made in writing and be accompanied by copies of the scheme document and the text of any letter to employees that explains the terms of the scheme.

From 6 April 2018, a new regime applies to tax as earnings the basic pay an employee would have earned had the employee worked his or her notice in full (and to subject that amount to class 1 NICs). Accordingly, the tax treatment no longer depends on whether there is a contractual PILON in the contract.

Some difficulties have arisen since the CJRS payments came in because of the confusion between reference pay and furlough pay which employees have been entitled to receive during the pandemic.

The Government guidance in the early months of CJRS was to advise employers that they should pay termination payments based on the reference pay (contractual pay upon which the furlough pay was based). However it was then apparent that a number of employers who let staff go for whatever reason from March to July had been paying termination payments based on the 80% furlough value.

N.B. Employers cannot claim wages paid during the notice period under CJRS after 30 November 2020 – and should never have claimed redundancy payments or payments in lieu of notice under CJRS.

Employers must treat a slice of a ‘relevant termination award’ which reflects basic pay for any part of a notice period that is not served, as earnings and subject that slice to tax and NICs (employer and employee). For HMRC’s guidance on this, see EIM13874 to EIM13898 and EIM14000.

ICAS members can access more detail in an extended version of this article which will appear in Technical Bulletin, edition TB157.

Dawn Dickson is an employment law partner at Eversheds Sutherland in Edinburgh and can be contacted on DawnDickson@eversheds-sutherland.com.

Fancy volunteering on an ICAS tax committee? Email tax@icas.com to let us know! 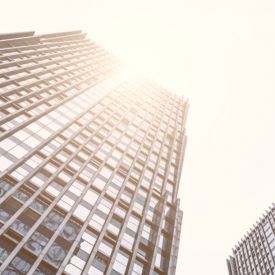 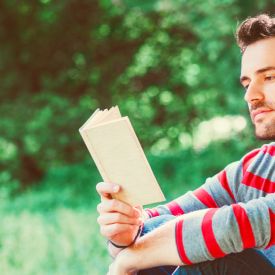