On 23 February 2022, the European Commission (EC) adopted a proposal for a Directive on corporate sustainability due diligence. The proposal aims to foster sustainable and responsible corporate behaviour throughout global value chains. Companies would be required to identify and, where necessary, prevent, end or mitigate adverse impacts of their activities on human rights, such as child labour and exploitation of workers, and on the environment, for example pollution and biodiversity loss.

Who does the Directive apply to?

A number of EU Members States have already introduced national rules on due diligence and some companies have taken measures of their own initiative. However, the EC believes that there is need for a larger scale improvement and therefore, the proposal establishes a corporate sustainability due diligence duty to address negative human rights and environmental impacts.

It is intended that the new due diligence rules will apply to the following companies and sectors:

It is also proposed that the Directive should apply to third-country companies which generate a net turnover of at least €150 million in the Union or a net turnover of more than €40 million but less than €150 million in one or more high-impact sectors. In order to reflect the priority areas of international action aimed at tackling human rights and environmental issues, the selection of high-impact sectors for the purposes of the Directive are to be based on existing sectoral OECD due diligence guidance.

Small and medium enterprises (SMEs) are not directly in the scope of this proposal.

This proposal applies to a company's own operations, its subsidiaries and its value chains (direct and indirect established business relationships). In order to comply with the corporate due diligence duty, companies would need to:

Companies in scope would need to take appropriate measures (‘obligation of means'), in light of the severity and likelihood of different impacts, the measures available to the company in the specific circumstances, and the need to set priorities.

National administrative authorities appointed by Member States would be responsible for supervising these new rules and have the ability to impose fines in case of non-compliance. In addition, victims would have the opportunity to take legal action for damages that could have been avoided with appropriate due diligence measures.

In addition, group 1 companies would need to have a plan to ensure that their business strategy is compatible with limiting global warming to 1.5 °C in line with the Paris Agreement.

To ensure that due diligence becomes part of the whole functioning of companies, directors of companies would need to be involved. This is why the proposal also introduces directors' duties to set up and oversee the implementation of due diligence and to integrate it into the corporate strategy. In addition, when fulfilling their duty to act in the best interests of the company, directors would need to take into account the human rights, climate change and environmental consequences of their decisions. Where companies' directors enjoy variable remuneration, they would be incentivised to contribute to combating climate change by reference to the corporate plan.

The proposal also includes accompanying measures which would support all companies, including SMEs, that may be indirectly affected. Measures include the development of individually or jointly dedicated websites, platforms or portals and potential financial support for SMEs. In order to provide support to companies the EC may adopt guidance, including about model contract clauses. The EC may also complement the support provided by Member States with new measures, including helping companies in third countries.

The aim of the proposal is to ensure that the EU, including both the private and public sectors, acts on the global stage in full respect of its international commitments in terms of protecting human rights and fostering sustainable development, as well as international trade rules.

The proposal now moves to the next phase and will be presented to the European Parliament and the Council for approval. It remains to be determined whether the EU will be able to finalise the Directive before the end of the current legislative term (May 2024). 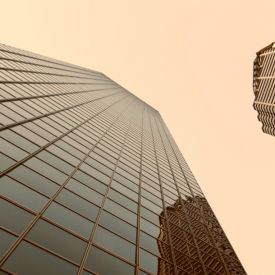 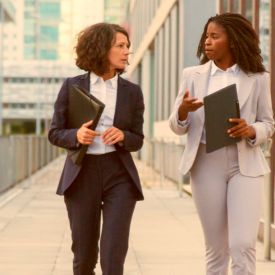