As Trustees’ Week 2016 celebrates the UK’s 1 million trustees and promotes the benefits of volunteering to be a trustee, Colin Kerr reflects on public expectations of the CA as a charity trustee and shares some informal good practice guidance.

ICAS continues to issue guidance to independent examiners who are involved in charities, often in a pro bono capacity. However, many CAs will find themselves acting for charities in a non-executive capacity, often as Chairmen, Chairs of Audit Committees or Honorary Treasurers.

The challenges are different in these roles, but what is consistent is a public expectation – both within and without the relevant charity – that having a CA on the Board brings with it expectations of professional skill, integrity and – above all – judgement.

What am I joining?

It is human nature to be flattered when approached to join a charity’s Board as a trustee, particularly if the aims of the charity resonate strongly with your own values. But start by being clear why they want you.

Are you replacing an older person in an equivalent role (fine – but be sure that you speak to them); are you there in response to anxieties from the bank or from the Charity Regulator (less fine) or is it because they are beginning to spiral out of control and the cash is running out (definitely not fine). Be sure that you understand completely the basis for the approach.

Be clear exactly what your role is and that you are comfortable with that role: don’t be a square peg in a round hole. Particularly, don’t be coerced into a role heavy on fundraising and networking if you are not that sort of a person.

Do your own due diligence. Ask to see the last set of audited or independently examined accounts and the most recent management accounts (if these are produced: if not, scan the last year’s bank statements). Are there any banking covenants and, if so, are they being complied with?

Whatever the precise nature of your role as a Trustee, your professional background brings expectations. It is essential that you make it clear what financial and related information you would have to see produced for each meeting. The detail will be contingent on the size of the charity, but should include:

Unless the charity is quite large, it is unrealistic to expect a “bells and whistles” risk management system.

But what is essential for good governance is to get an agreement on what constitutes the top ten risks to the organisation: what would make for “sleepless nights” if they went wrong.

Once defined, the chief executive (or equivalent) should provide a credible update at each trustee meeting. What matters is not so much the paperwork, but that there is a real and robust discussion at each meeting on the key risks. All of this should be minuted and actions clearly set out.

Arguably the toughest call for a CA Trustee is the “Emperor’s New Clothes” role. To be able to look at the data objectively and to draw realistic conclusions.

This could be about poor management, but it could also be about the emergence of bigger and better charities operating in the same environment. It could be the consequence of fiscal tightening by Local or National Government.

It is about having the courage to point out that things need to change. “Going concern” should be seen beyond the normal financial reporting criteria: do we - do you – have confidence that your charity has a future? And if not, what are the options? 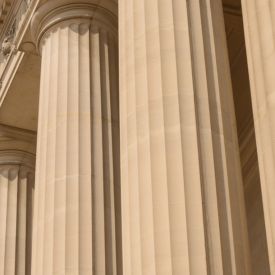