Update on the Barclay Report

By Victoria Simpson, Head of Charities at Anderson Strathern

Victoria Simpson, Head of Charities at Anderson Strathern and ICAS Charities Panel member, reports on the Scottish Government’s response to the Barclay Review recommendations on non-domestic rates relief for charities.

The Scottish Government commissioned the Barclay Review to provide recommendations on reforms to the non-domestic rates system which would “better support business growth and long-term investment and reflect changing marketplaces, whilst still retaining the same level of income to deliver local services upon which businesses rely".

The Review reported back in August 2017 with controversial recommendations on the availability of rates relief for independent schools, universities and Arms’ Length Organisations with charitable status and sports clubs.

Last week, the Scottish Government confirmed plans to introduce a Non-Domestic Rates Bill to parliament when it set out its 2018-19 Programme for Government.

The Scottish Government accepted the recommendation that rates relief will cease from April 2020. Only independent music schools and schools supporting pupils with special needs will continue to receive rates relief.

While the charitable status of independent schools is not threatened by this announcement, the loss of rates relief could impact the extent to which they deliver public benefit through the provision of bursaries, sponsored places, other forms of financial assistance, access programmes and the community use of school facilities outside of school hours.

John Edwards, Director of the Scottish Council of Independent Schools (SCIS) has highlighted that since the Charities and Trustee Investment (Scotland) Act 2005 came into force, £200m has been given by independent schools in means-tested fee assistance to Scottish pupils.

The Review concluded that the core functions of universities, namely education and research and development, should continue to qualify for rates relief.

However, it recommended that the commercial activities of universities, such as the commercial letting of student accommodation outside of term time or the renting out of venues for non-university related conferences and other functions, should not qualify for rates relief.

It also stated that multi-use university owned properties carrying out both commercial and core university purposes should receive apportioned rates relief in order to create a more level playing field with the private sector.

The Scottish Government decided not to accept these recommendations and universities will continue to be eligible for rates relief.

This decision was made on the grounds that other charities carry out commercial activities and still qualify for rates relief. The Scottish Government also recognised the practical difficulties of distinguishing commercial from non-commercial use.

The Review found that the ALEO is an artificial arrangement to allow local authorities to benefit from rates relief. The result of this is that private gyms and leisure facilities, paying rates, cannot compete fairly.

The Review also highlighted that some local authorities benefited from rates relief more than others through having more ALEOs.

The Scottish Government is not going forward with the recommendation to remove rates relief from ALEOs.

However, the Cabinet Secretary confirmed that where ALEOs are set up in future a local authority’s funding from the Scottish Government will be reduced by the amount of rates relief claimed.

Whether this has an impact on decisions to establish ALEOs in future remains to be seen.

The Review recommended that there should be a further review of the tax position of sporting facilities in Scotland with the objective of ensuring that rates relief is only made available to community sports facilities, rather than to members’ clubs which can hold significant assets.

The proviso to this recommendation is that in future, members’ clubs, meeting the criteria, should be eligible for the Small Business Bonus Scheme.

The Scottish Government has confirmed that it intends to maintain the status quo for sports clubs.

What does the Scottish Government’s Programme for Scotland say about the Non-Domestic Rates Bill?

The Bill will deliver the ambition set out in the Barclay Review to enhance and reform the business rates system in Scotland to better support business growth and long-term investment and reflect changing marketplaces.

Having already introduced the Business Growth Accelerator and Day Nurseries relief recommended by the Review, the Bill will include other measures to support growth including the move to a three-year valuation cycle.

The Bill will introduce measures aimed at improving the administration of the system including to reduce the number of appeals and improve the quality of information available to stakeholders.  It will also deliver measures to increase fairness and ensure a level playing field by reforming a number of reliefs and tackling known avoidance measures. 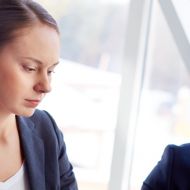