Following the International Development Committee’s report on Sexual exploitation and abuse in the aid sector, Victoria highlights the lessons that charities can learn.

Medecins Sans Frontiers is the most recent international aid charity, following Oxfam and Save the Children, to hit the headlines as a result of serious misconduct allegations concerning the exploitation and harassment of vulnerable persons and charity staff.

The news coverage makes shocking reading, but do these allegations have any implications for your own charity? The answer is “yes”.

There are lessons for the entire charity sector to take on board: safeguarding remains a key governance issue.

Concerns about safeguarding vulnerable persons and charity staff will have an impact on the supporters of your charity – from government and other funders to members of the public who choose to donate to you.

Charities need to act now to review all safeguarding procedures and ensure that all ‘housekeeping’ is in order. Any concerns should be rectified without delay and professional advice should be sought if needed.

The Office of the Scottish Charity Regulator (OSCR) and the Charity Commission for England and Wales (CCEW) were both quick to respond to the news stories by issuing guidance emphasising the importance to charities of putting in place, or reviewing, their existing safeguarding policies and procedures.

The regulators are also encouraging charities to review their working culture to ensure that volunteers, staff and beneficiaries can work together in a safe environment free from harassment, sexual misconduct or bullying, and where any safeguarding or other concerns can be reported.

OSCR’s interim guidance Keeping vulnerable beneficiaries safe focuses on safeguarding children under the age of 18, and vulnerable adults who are over the age of 16, but who are not able to look after themselves, their property or their rights.

Trustees have a duty under the Charities and Trustees Investment (Scotland) Act 2005 to ensure that safeguarding and a safe working culture are a key aspect of their charities' governance practices.

Failure to review and properly manage safeguarding risks can be treated as a serious regulatory breach of the trustees’ duty of care and would be considered misconduct in the administration of the charity.

As trustees have ultimate responsibility for the charity, they will be held responsible if a safeguarding issue is identified.  Reputational damage to one charity potentially affects the wider charity sector.

OSCR’s interim guidance highlights the following key matters for consideration and action by trustees and their charities:

Safeguarding guidance for England and Wales

A suite of steps on safeguarding was published by the CCEW earlier in the year.

If a safeguarding issue is identified by the trustees, then it should be reported to OSCR under the notifiable events regime. This will involve making a detailed report to OSCR as soon as possible after the event, setting out the circumstances of the breach, what steps the trustees have taken and intend to take and how the trustees will ensure that the risk of the incident reoccurring is minimised.

Reporting a safeguarding concern will form part of the good governance of the charity, with the onus being on the trustees to identify when a report is required and to make it to OSCR.

OSCR’s guidance on notifiable events will assist charity trustees to determine what events OSCR considers to be notifiable and how to report such an event. 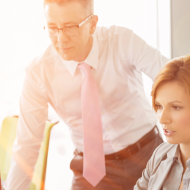 Governance challenges: the CA as a charity trustee

By Colin Kerr CA for ICAS