Cash or accruals: choices made by Scottish charities with income under £250,000

By Elaine Alsop and Gareth Morgan

Elaine Alsop and Gareth Morgan report on a study assessing how the receipts and payments regime is currently operating for Scottish charities.

All UK charities have a legal duty in law to publish a trustees’ annual report and accounts. However, in all three UK charity law jurisdictions (Scotland, England & Wales, Northern Ireland) smaller charities generally have a choice whether to prepare accruals-based accounts following the Charities SORP, currently SORP (FRS102), or to prepare receipts and payments (R&P) accounts, a cash-based simpler alternative.

The Charities Accounts (Scotland) Regulations 2006 allow the trustees of most non-company charities with gross income of less than £250,000 to prepare R&P accounts as their statutory accounts for filing with the Scottish Charity Regulator (OSCR).  Furthermore, the 2006 Regulations are prescriptive as to what should be included:

The R&P option is not available for charitable companies (since their accounts must give a true and fair view in order to comply with the Companies Act 2006) – but companies account for fewer than 20% of charities on the Scottish Charity Register. However, the R&P option is available for charitable trusts, associations, SCIOs (Scottish Charitable Incorporated Organisations) and most other charities up to £250,000 gross income.

There are over 24,000 charities registered with OSCR of which approximately 80% have a gross income of under £250,000. If the R&P option is offered as a simpler alternative, with prescriptive requirements, how widely is it favoured amongst eligible charities, and what drives the decision to adopt this cash-based approach?

A study carried out in 2017, identified all 97 non-company charities in south-east Scotland (East Lothian, Midlothian, West Lothian and the Scottish Borders) with income levels of between £100,000 and £250,000, with a view to establishing:

Data was collected from 90 of these charities, from their filed accounts and charity record held on the Scottish Charity Register. Ten charities also took part in interviews regarding their choice of accounting format.

Charities SORP accounts preferred, but not by all

Of the 90 sets of accounts reviewed, 39% were on the R&P basis. The proportion was higher for those relying on individual donations and community fundraising and more commonly found at lower income levels or where a charity had been more recently established, particularly as a SCIO.

Although accruals accounting is the dominant approach in this sample, it shows a certain appetite for the R&P regime, particularly bearing in mind that the R&P threshold was only increased to include these charities in 2011 (previously, R&P accounting was only permitted where a charity’s gross income was £100,000 or less).

Several influences can be identified, from data collected from the accounts and subsequent interviews with charity treasurers or finance staff, as drivers of the accounting and reporting decision in the specific charities considered.

Legislation impacted the accounting choice, but only if those responsible for preparing the accounts were aware of its implications, for example changing from accruals accounts to R&P when the threshold was increased in 2011 to £250,000. The implementation of the new SORP in 2015, and subsequent withdrawal of the FRSSE SORP in 2016, also caused charities to adopt the R&P accounts regime.

A high proportion of those interviewed noted that their Independent Examiner (IE) influenced the accounting approach and those without an accounting background were particularly reliant on the IE. Of the accounts reviewed where the IE was clearly professionally qualified, approximately 70% were on the accruals basis, supporting the popular opinion that accountants prefer the accruals regime, however, almost a third of these qualified accountants were associated with R&P accounts.

Accounting concepts and a wish to show a true and fair view were reasons given in interviews by accountants for adopting the accruals approach, however, there was concern that this was at odds with the management reporting which tended to be focused on the charity’s cash flow. Therefore, the usefulness of R&P statutory reporting was appreciated as a method to avoid confusion or the need to provide a separate summary to accompany the annual accruals-based accounts.

A common theme was the simplicity of the accounts; R&P accounts were accepted as more understandable and useful to the trustees and the wider community. Charities delivering services commissioned by the public sector (e.g. social care), were more likely to adopt accruals-based accounting, possibly driven by the perception large grant funders prefer this, or it appears more professional. However, almost all interviewees accepted the need to discharge accountability by reporting appropriately and coherently, justifying the trust placed in the charity and the finance official, whichever regime adopted.

Regardless of the approach adopted, those interviewees preparing their own accounts acknowledged R&P accounts would be simpler to prepare, although they didn’t envisage any cost savings in this – their time was voluntary and day-to-day accounting would not be impacted.

None of those interviewed thought the IE would charge a lower fee for R&P accounts, in fact, many already received waived fees, or thought their fees were too low for the professional advice they received.  However, information gathered from the accounts highlighted considerably reduced IE fees for R&P accounts, with 77% at £200 or under, many for a waived fee, compared to 24% at under £200 for accruals. Comparing IE fees per £10,000 of income, there was an average of £34 per £10,000 for R&P accounts and £78 per £10,000  for accruals-based accounts. This does tend to show R&P accounts are a cost-effective option, even if this was not a prime concern to trustees.

It is also worth noting the quality of accounts varied, with some qualified accountants linked to accounts with missing statements, disclosures and incorrect references regarding the SORP, even confusing a SCIO with a company, highlighting a lack of charity specific knowledge.

Clearly, there are merits in both accounting approaches, and each charity must decide the best fit to its circumstances.

The study shows that charity R&P accounts are generally seen as simpler, are typically examined at lower fees than accruals accounts, and many professional accountants are comfortable with the R&P basis.

There is an appetite among trustees of smaller charities to meet their legal responsibilities, in order to demonstrate that the small organisations they run are professionally managed, regardless of whether adopting R&P or accruals accounts.

The complexities of the Charities SORP may be a barrier to the smaller charity, but it is also a subject of debate whether the charities themselves want the concession of R&P accounts. Does a choice over which format to adopt provide simplicity or add to the complexity of their accounting burden?

Elaine Alsop is an ICAEW accountant and director of East Lothian-based third sector consultancy firm EA Independent Ltd. She holds an MSc in Charity Resource Management from Sheffield Hallam University where she undertook the research described in this article.

Dr Gareth Morgan is Emeritus Professor of Charity Studies at Sheffield Hallam University, senior partner in charity consultants The Kubernesis Partnership LLP, and a member of the ICAS Charities Panel. 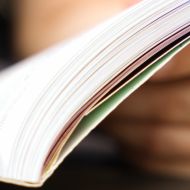