The Panel’s Guidance for ICAS members acting as charity independent examiners: Identifying, assessing and reporting on going concern has been prepared in recognition of increasing stakeholder focus on the going concern status of charities.The Guide applies to reporting periods commencing on or after 1 January 2016.

The Guide is intended to set out how an independent examiner can address the accounting concept of going concern, as far as possible, within the routine work undertaken as part of the engagement: of course, additional investigations may need to be undertaken around the going concern concept as the examiner’s preliminary findings dictate.  In order to provide structured, accessible guidance, the Guide has three core chapters: identifying going concern issues; gathering and assessing evidence; and reporting on going concern issues.

An independent examiner’s routine planned work should normally provide insights into a charity’s going concern status and should be designed to do so.

All UK charities by law are subject to independent external scrutiny, except for charities registered with the Charity Commission for England and Wales with a gross income of under £25,000. Therefore, in the main, charities not receiving an audit will be independently examined.

Non-company charities exceeding the gross income threshold, for their charity law jurisdiction, and all charitable companies must prepare accounts which give a ‘true and fair’ view.  Charities below the threshold have the option of preparing receipts and payments accounts.

The accounting concept of going concern relates solely to ‘true and fair’ accounts and, for UK charities, this means accounts prepared in accordance with FRS 102 and the Charities SORP (FRS 102).

Many ICAS members support the charity sector by acting as independent examiners either in public practice or in a voluntary capacity.

Any ICAS member acting as an independent examiner must have the necessary skills and knowledge to deliver a high standard of service.  This is achieved through compliance with the ICAS requirements for continuing professional development (CPD).  ICAS members must also comply with other relevant regulatory and professional requirements, including those contained within: 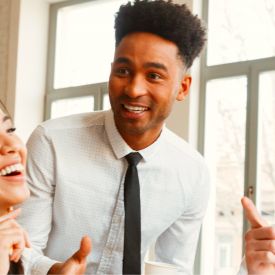