Three key challenges of a merger or acquisition

This year has seen a number of mergers and acquisitions (M&A) hit the headlines, from the likes of Vantiv's purchase of WorldPay to Yahoo! moving under the umbrella of Verizon.

The UK's most high-profile example is, of course, the merging of Standard Life and Aberdeen Asset Management. The resulting company, Standard Life Aberdeen plc, is the country's largest active asset management firm and one of the most influential businesses of its' kind in the world.

In order to complete the £11bn deal, both companies had several hurdles to overcome. As well as seeking approval from their respective boards and stakeholders, getting permission from the courts and competition authority, and planning a three-year integration strategy, the merger involved a huge restructuring effort across the 50 countries in which the company has offices and resulted in around 800 job losses.

Should your organisation be considering a similar move in the future, these are a few of the key challenges you may face.

Mergers tend to have a significant impact on the sectors in which the businesses in question operate. In some cases, large-scale mergers or those in small markets can destroy fair competition by giving the post-deal businesses too much power.

The Competition and Markets Authority (CMA) is responsible for reviewing the potential impact of these deals in the UK and has the right to prevent a merger or acquisition from taking place if it will negatively affect consumers, markets or the wider economy. Organisations wishing to merge must prove that the benefits of the deal outweigh the risks.

In some cases, if the market in question is small enough, competition concerns may not be an issue. The CMA will not pursue a detailed review of M&A deals where “the markets concerned are not of sufficient importance”.

The restructuring aspects of M&A inevitably lead to the down-sizing or reassignment of certain areas within the business. The challenge lies in optimising the new organisational structure to ensure key players stay with the organisation and the best talent remains confident in their job security.

Employees can often have a negative reaction to M&As, feeling threatened by the changes to leadership, strategy and their own roles. It is important to maintain trust and engagement with staff during a transitional process in order to avoid high levels of turnover. A significant loss of workers can mean a sizable drain on knowledge and internal morale.

At the higher levels of an organisation, losing influential executives and board members can severely damage the success of a deal as company culture and perception suffers.

Due to the widespread growth of business globalisation, many M&A deals now involve companies based in more than one country. This can see organisations being exposed to foreign markets that they have little experience in.

Cultural differences and language barriers can have a profound effect on a company's ability to work across borders. A recently merged or acquired business can particularly suffer if the previous key players in those relationships have been lost in transition. 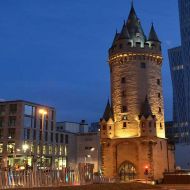 "Through a combination of lecturing, discussion and practical examples, this course aims to familiarise you with the key stages of…