Why does tax administration matter?

Good tax administration is essential, even though it may not feature at the top of many political wish lists. It has a role to play in fulfilling the UK Government’s ambition for an open, business-friendly economy post-Brexit. If society as a whole does not trust the tax system because it does not function properly, voluntary compliance is undermined and the consequences for government revenues are serious.

The government needs tax administration to work effectively, to deliver the money it needs to pay for COVID recovery and to fund ambitious initiatives around tackling climate change and levelling-up.

What are the problems with UK tax administration?

Based on our Members’ experience – working in business, and in practice as agents - a more effective and taxpayer-friendly tax administration should be an urgent priority for the government.

HMRC’s functions have expanded beyond ‘pure’ tax in recent years, so that HMRC now has a role in a range of other areas, including student loans, minimum wage enforcement, benefits, money laundering regulation and recently COVID support. HMRC’s resources have not kept pace and are insufficient to cover all its responsibilities adequately, even in ‘normal’ times. Events, such as Brexit or the pandemic, rapidly lead to significant problems with service levels. Funding for the digital systems required to modernise the tax system in a way that works for taxpayers has also been inadequate and needs to be increased.

In July 2020 the government published its ten year strategy for creating a tax system ‘fit for the challenges and opportunities of the 21st century’ (Building a trusted, modern UK tax administration). ICAS is broadly supportive of the three key strands of work which make up the strategy, but timely delivery will be critical; this will require the provision of adequate HMRC resources and the funding to build an integrated digital tax infrastructure.

The ten year strategy is about the future but there is an immediate need to address the poor service levels, patchy digital systems and problems which cause issues for taxpayers and agents on a day-to-day level. Pushing ahead with major, complex projects, like Making Tax Digital, whilst failing to ensure that basic tax administration works properly for everyone who has to engage with it, is unacceptable and will not deliver what the government or taxpayers need.

In recent years there have been some worrying examples of the erosion of safeguards for taxpayers and a tendency to give HMRC more powers and introduce new penalties, without any proper assessment of the success or failure of previous measures.

We call for an independent review of the overall balance between HMRC powers and taxpayer safeguards. There should also be a review of problematic areas of HMRC’s pre- 2012 powers, including HMRC’s approach to the behaviours used in assessing penalties, suspended penalties and whether HMRC should be able to exercise more discretion around charging penalties.

Facilitating the work of agents in supporting their clients

Agents play a crucial role in enabling individuals and businesses to meet their tax obligations but are being hampered by poor agent access to HMRC systems, operational problems with those systems and ongoing failure by HMRC to ensure that agents can see and do what their clients can see and do.

We call for agent access to be built into all HMRC forms and systems from the start, with agents having access at the same time as taxpayers. Agent features should not be added as an afterthought (or not added at all). Adequate funding from the Government is required to ensure that systems work properly for agents and taxpayers.

Supporting high standards for all agents

In the UK there is currently no restriction on the provision of tax services – anyone can offer them. Many taxpayers are unaware that some sections of the market are not regulated or that there is no requirement for an adviser to have specific expertise to provide tax advice.

We call for HMRC to enforce its Standards for Agents by imposing sanctions on those who fail to comply; in the worst cases HMRC should fully utilise its existing powers to exclude agents from HMRC systems.

In the long term, the aim should be to ensure that all agents belong to one of the main professional bodies which require Members to comply with Professional Conduct in Relation to Taxation and other professional standards.

Swift access to the right HMRC support and expertise

All taxpayers and agents need access to HMRC support and (where appropriate) to relevant experts within HMRC. We call for properly resourced HMRC helplines, webchat and online forums; staff must be adequately trained and able to deal quickly, efficiently and consistently with routine questions and issues.

There should also be effective escalation routes for more complex issues with a time limit for a substantive HMRC response or proper engagement of the right HMRC officers with the taxpayer or agent.

Meeting the standards set out in the new HMRC Charter

Helpful standards were set out in the new HMRC Charter published in November 2020, but it is essential that all of them are met and that HMRC provides adequate levels of service to all taxpayers. HMRC should be held to account for its performance against the standards.

We call for additional data and analysis to be published to allow more detailed measurement of HMRC’s performance against the Charter standards. There should also be better signposting of the charter to taxpayers.

Parliamentary oversight of HMRC’s performance against the Charter standards (through the Treasury Committee or the Public Accounts Committee) should be part of the process for holding HMRC to account and improving service levels for taxpayers.

ICAS broadly supports the Making Tax Digital initiative. However, some aspects of implementation to date have been problematic, resulting in significant costs for many to enable them to meet tax obligations – but not necessarily any commensurate benefits for their businesses.

We call for simplification of underlying tax rules to support MTD for business income tax and ensure it delivers benefits for businesses as well as HMRC. All businesses should be able to join MTD pilots with sufficient time to allow a complete cycle to be covered.

Looking ahead to MTD for corporation tax we call for finalisation of legislation at least two years before mandatory implementation to allow businesses time to prepare and to take part in a full pilot.

The modernisation of personal income tax administration was put on hold when HMRC resources were diverted to Brexit. The subsequent piecemeal approach has been unhelpful.

We call for a clear roadmap setting out short, medium and long term plans for the development of personal income tax administration and digitalisation. There must also be an explanation of how the interaction between MTD for business income tax and personal income tax will work – and an assurance that additional burdens will not be imposed on taxpayers as a result of lack of integration of HMRC systems.

Support and access for the digitally excluded and digitally challenged

Tax administration needs to work for all taxpayers – including those who are digitally excluded or digitally challenged, and for those who simply want to appoint an agent to act on their behalf.

We call for the paper 64-8 process for authorising agents to be available for the CGT reporting system and the new Trust Registration service until a properly publicised, effective mechanism for allowing the digitally excluded or digitally challenged to authorise an agent is in place.

The digital handshake in its present form should not be extended to other systems. It needs a fundamental redesign. Proper consideration needs to be given to how taxpayers who want to deal with their own tax affairs but cannot use digital routes can be supported.

Tax depends on statute but the UK legislation relating to tax assessment and collection is difficult to access and no longer fit for purpose.

We call for a new Taxes Management Act to bring all the main tax administration legislation together in one place. The approach of the Tax Law Rewrite project should be adopted, particularly the use of modern language and the inclusion of better signposting. The new legislation should be updated so that it properly supports digital processes.

Simplification of the UK tax system would make it easier to implement all the other suggested actions and would greatly improve the experience of dealing with tax administration for taxpayers, agents and HMRC.

We call for a comprehensive government statement setting out its policy on tax simplification, the reasoning behind the policy, the level of importance it attaches to simplification, the methods it would use to implement that policy (including the role of the Office of Tax Simplification) and the resources which would be made available.

Let us have your views

The top ten priorities set out in Tomorrow’s Tax Administration were agreed by the ICAS Tax Board in 2021 and inform the work of ICAS Tax. They will be reflected upon and revised to reflect developments. 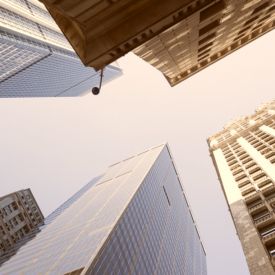