The production and consumption of information on intangibles: an analysis of some preliminary results

The production and consumption of information on intangibles: an analysis of some preliminary results.

Despite their universally recognised importance in company value creation, information on intangibles is one of the most problematic areas in today’s corporate reporting. These resources are considered by many as under-reported, owing to a large extent to the restrictive approach adopted by IAS 38.

A research team from the University of Ferrara (Italy) is undertaking an ICAS-funded project that focuses on two main general issues referring to both producers and users of corporate information on intangibles:

The project is articulated around two steps: a large international survey on intangibles-related information in early 2021 which received 179 responses, followed by two international Focus groups discussions, for more in-depth debate on key questions, with ‘information users’ on one hand, and ‘information preparers’ on the other.

Although the research analysis is still in progress, an initial high level examination of some of the key responses already provides some interesting insights.

Financial statements are often criticised for neglecting some of the most important intangible assets upon which companies build on their economic value. Although overall users and preparers indeed agree that financial reporting is lacking adequate information on intangible assets, the considerable difference in proportion (61% of preparers and 92.9% of users) suggests a different perception between the two groups, which will deserve deeper analysis.

The two groups appear to be more convergent on the most essential intangibles-related information that is missing in today’s corporate reporting, even though some relevant divergencies appear between preparers and users’ opinions. This is particularly true for R&D, corporate reputation, customer satisfaction, relationships with suppliers, customer list, and training.

The interviewees were also asked to indicate if the missing information should be provided in financial terms or other forms, such as narrative or key performance indicators (KPIs). For the majority of preparers, financial measurement is considered appropriate only for corporate reputation and image (52%) and human capital (56%). The measurement in financial terms of the other “missing” intangibles is generally supported by less than 50% of respondent preparers. Results are even more surprising for the users group. According to most respondents, the only intangible that should be measured in financial terms is brands (56.4%). All the other intangibles, in the view of users, should be presented in narrative forms or KPIs.

Both groups agree (75.6% of preparers and 73.8% of users) on the potential importance of the missing corporate information on intangibles for assessing timing and amount of future cash outflows related to the replacement of these assets.

It is widely recognised, beyond our research, that internally generated intangibles represent another critical issue in accounting for intangibles. However, although 66.7% of users believe in a positive cost-benefit analysis in providing enhanced information on such intangibles, only 36.6% of preparers agree. The largest portion of preparers (48.8%), in fact, does not think that providing extra information on this kind of intangibles would necessarily generate more benefits than costs.

Moreover, most of the respondents think that a combination of financial figures, narrative disclosure and KPIs would be the best way of disclosing information about internally generated intangibles.

Finally, 63.4% of the preparers and 64.3% of the users think that information provided on intangibles should be audited by an independent third party.

The research team will continue to refine the analysis of results over the summer, with a view to identifying the key information that users and preparers would like to see reported on Intangibles, and, crucially, how best to report it. The resulting research report will include policy recommendations and will be available freely to download from icas.com later in 2021, and will form the basis of a presentation and discussion in a November webinar, which will include representatives from ICAS, EFRAG, EFFAS and the European Commission.

If you would like to find out more about this research project, please contact the ICAS Research Centre at research@icas.com. 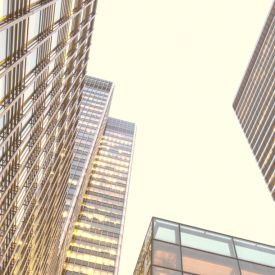 The production and consumption of information on intangibles: A new research project funded by ICAS