Guy is an Honorary Professor at the University of Edinburgh and is the former Global Head of Governance & Stewardship at Standard Life Investments. He retired from Standard Life in 2016, after 30 years’ service. He has played a leading role in developing and implementing best practice in corporate governance and stewardship and was the recipient of ICSA’s Outstanding Achievement Award for 2015. He was Co-Chair of several bodies including the Global Auditor Investor Dialogue, the GC100 and Investor Group and the Conference Board's European Corporate Governance Council: he also served as a Senior Advisor to the Conference Board. For many years, he was a member of the influential ABI Investment Committee, and a member of the Standing Advisory Group of the PCAOB, the US audit regulator.

Guy is the Vice Chair of the European Corporate Governance Institute (ECGI), and  an Independent Non-Executive of Mazars LLP.

After graduating from the University of St Andrews with a degree in philosophy, Andrew joined Peat, Marwick, Mitchell & Co (now KPMG) in London. After a spell in general practice, he joined the firm’s technical department and subsequently the Accounting Standards Board on the formation of the FRC in 1990.

While with the ASB/FRC he worked on projects such as the debt/equity distinction (FRS 4); the Statement of Principles (Conceptual Framework); Provisions (IAS 37) and contributed to the development of research papers on leasing, pensions and tax. More recently he authored papers on the cash flow statement and the financial reporting of intangibles.

Following his retirement from the FRC, Andrew continues to advocate improvements in financial reporting.

Louise was appointed to ICAS' Research Panel in 2011 and she is currently also a member of the Tayside Area Committee, which she has chaired since March 2012. 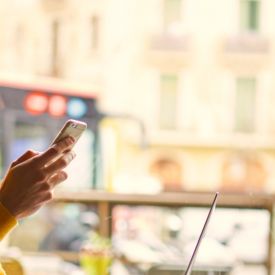