ICAS and the UK Financial Reporting Council (FRC) are calling for action to prevent a potential audit skills gap in the future, with the launch of a new report on #AuditorProud day (22 September 2016).

The Auditor skills in a changing business world report finds that the skill set of auditors needs to evolve to deliver high quality audit in the future.

The report calls for a debate on the future of audit and the skills needed as audit evolves, as expected, beyond the traditional financial statement audit.

The report finds that:

The report builds on the independent academic research commissioned by ICAS and the FRC and published earlier this year.

Unless action is taken, the audit profession could become increasingly less relevant, the report warns.

There is a risk that the audit profession could fail to attract and retain the best talent and be unable to deliver the requisite skills and meet the demands of complex company audit. The report therefore calls for action from the firms, professional bodies, regulators and standard setters, and investors.

The report focuses on three main areas that need to be developed to equip the audit team of the future to undertake an audit that is more holistic and useful for shareholders and society. These are categorised as:

The report also highlights the following barriers or impediments to change:

Anton Colella, ICAS Chief Executive, said: "Audit quality relies on quality people. The challenge is that audit needs to attract and retain the most talented individuals - now and in the future.  We need to take every opportunity to reposition audit for the next generation by demonstrating the role which audit plays in society and improve the perception of the value of a career in audit. More and more we need to demonstrate what an exciting and fulfilling career choice it can be."

Melanie McLaren, FRC Executive Director, Audit, said: "The FRC has repeatedly stressed the importance of high quality audit to underpin confidence in the capital market. To maintain this the UK needs a sustainable and thriving audit profession. The FRC and ICAS will hold an event for all stakeholders on 23 November in London to debate and agree how we achieve this in a changing business world."

The report calls for a constructive debate to develop a vision on the future of audit and a joint ICAS/FRC discussion event will take place in London on 23 November to initiate this debate. To be added to the invitation list please email research@icas.com. 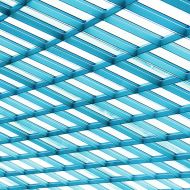 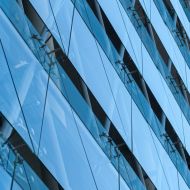