Encouraging CAs to speak up

To mark the launch of new ICAS research on speaking up, listening up and whistleblowing, ICAS and The Chartered Institute for Securities & Investment (CISI) held two successful events in London and Edinburgh.

The events explored the reports and highlighted key findings. They also focused on how to handle real-life ethical dilemmas, and the importance of an organisational culture which supports speaking up, and proper listening and action.

As a profession we’re currently facing a crisis in trust. The annual, worldwide, Edelman Trust Barometer survey 2019 found that in the UK, only 48% of respondents felt that the way in which British business works today is good for society. Their three greatest concerns were that businesses prioritised profits over looking after people and did not pay their fair share of tax, and there was too much corruption.

In order to restore trust in the profession we need to encourage people to stand up for what is right. And we need ethical leaders.

Ethics is at the heart of everything ICAS does. In an era of fake news, ICAS’ motto, seek the truth, is arguably as important as ever. ICAS launched in 2015 The Power of One, an ethics campaign which encourages CAs to be ethical leaders who have the confidence to speak out and influence the culture of the organisation for which they work.

Following on from The Power of One publications, ICAS funded this latest research to examine how CAs respond to ethical dilemmas and whether they feel equipped to speak up.

Our research found that we need to ensure employees feel comfortable raising issues of potential or actual concern, by having good ‘speak up’ and ‘listen up’ policies in place.

Listen up policies are at an earlier stage of development than speak up policies; however, while the report finds there is scope to improve policies in this area, it also stresses the importance of cultural change.

The lack of listen up policies isn’t the only barrier for people speaking up. The panellists also called for the need to change the language of whistleblowing. The current language – the use of words like rat or snitch – is damaging. Our research shows that people speaking up are often discriminated against and the price for speaking out can be dire – intimidation, harassment and bullying, blighted career prospects and financial ruin.

We should instead look at those who are speaking up as witnesses, see what we can learn from them and test their evidence. We should recognise the courage it takes to speak up and applaud such behaviours.

Despite the difficulties CAs experience when speaking up, half the respondents said they had reported an issue. And our research confirmed that it’s not only accountancy-related issues CAs stand up for. CAs were just as likely to report bullying, harassment and unsatisfactory working conditions, as accounting irregularities, fraud and theft.

Interestingly, the research also shows that out of the CAs who reported the issue, 77% spoke up internally and 82% decided to stay with the company. So, people are most likely to stay in their job and try and resolve the issue.

While the research project examined how ICAS members respond to ethical dilemmas, its findings and recommendations are relevant to a much wider audience. It includes a range of key policy recommendations to address the issues raised in the report covering: organisational culture; education and training; network development; and professional mentoring and support.

The panel at the Edinburgh event included research author and University of Glasgow lecturer, Catriona Paisey, former ICAS Ethics Board chair Norman Murray and Rebecca Aston Head of Professional Standards CISI; along with Daniel Johnson, Head of Engagement at the Institute of Business Ethics, Elaine MacGlone, Equality and Diversity Manager at the Law Society of Scotland and Paul Boyle OBE, Chairman of the whistleblowing charity Protect.

Both whistleblowing reports were commissioned and funded by ICAS and can be downloaded from the ICAS website:

Speak up? Listen up? Whistleblow? A survey of ICAS members was co-authored by Catriona Paisey, Nicholas Paisey and Ioannis Tsalavoutas.

Catriona Paisey, Professor of Accountancy at the University of Glasgow, was the sole author of Speak up? Listen up? Whistleblow? In their own words – insights into the ethical dilemmas of ICAS members. 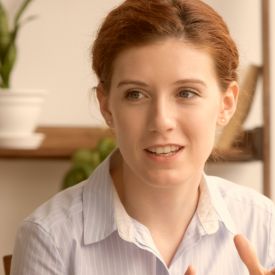 Taking a stand against unethical behaviour