Diversity: The role of individual choice in explaining gender disparity at partnership level

Women continue to be under represented at senior levels in the workplace and there have been a number of policy initiatives aimed at addressing this imbalance.

Despite the large number of women entering the accounting profession there is still significant disparity between the number of men and women at partnership level in professional accounting firms.

This interview based study of both male and female senior managers and directors within Big 4 and large professional accounting firms investigates this issue. Interviews were undertaken in the UK, Australia and New Zealand.

The research finds that both organisational and societal factors act as barriers to women’s progression within the firms. These include the long hours, the requirement to network, the detrimental effect of a career break or alternative working patterns, the traditional gender roles undertaken in the household and the prioritisation of men’s careers over their female partners. Women’s choices to deal with work and family commitments can often lead to them being classified as ‘adaptive’ rather than ‘work-centred’ as they sought to compromise between conflicting work and family commitments.

Professional firms articulate a desire to see more women at partnership level, and initiatives within the firms has seen an increasing number of women reaching partnership in recent times. The authors of the report argue that unless firms can make reaching partnership more attractive to ‘adaptive’ individuals firms will be selecting partners from a restricted pool of work-centred individuals, the majority of whom are men. 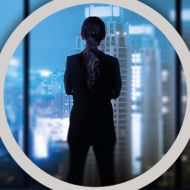 "This report builds on the work of the ICAS’s Ethics Committee in Shades of Grey: Ethical Dilemmas,"