The ICAS Pensions Panel represents ICAS on matters impacting on pension provision and the pensions industry, in relation to:

Matt was appointed Chair of the ICAS Pensions Panel in December 2018. He is a director at PwC and leads PwC's employer covenant advisory team in Scotland. He is a CA (2005 qualified) and has been advising corporates and trustees with defined benefit pension schemes since 2007. His client base has included over 50 pension schemes with assets ranging from £4m to £20bn. Areas of advice he provides include ongoing scheme funding and contribution affordability, covenant monitoring, contingency planning, moral hazard risk, pension-driven restructuring and the assessment of potential detriment as a result of corporate transactions.

He has developed areas of specialism including Banking and Utility companies, having worked closely with clients in these sectors. In particular how the funding of pension schemes interacts with the other regulated industries as defined by FCA/PRA and Ofgem respectively. He is also part of PwC's team focusing on the adoption of integrated risk management, in particular how this can be demonstrated for small and medium-sized schemes.

Before specialising in pensions, Matt had broad experience including corporate audit, due diligence, and a 9-month secondment the strategic business services team at Clydesdale Bank.

Andy is an experienced former actuary, independent trustee and investment consultant, who advised and worked with Trustees, Employers, Regulatory bodies and other advisers for over 30 years on all aspects of DB and DC schemes.

He has also represented scheme members in litigation cases and was involved in founding the Pension Protection Fund and Financial Assistance Scheme. Now solely a professional independent trustee, Andy seeks to utilise the wealth of experience and knowledge he has built up in the above roles to chair, assist and add value to trustee boards.

Anne is a Fellow of the Institute of Actuaries and is an Associate Director with Muse Advisory. Prior to joining Muse, she was a Worldwide Partner at Mercer where her last responsibility was leading the Scottish investment consulting team. Other senior roles held at Mercer include leading the retirement consulting business in Ireland.

Throughout her career, Anne has gained extensive experience of consulting with a wide range of trustee and corporate clients, helping them meet the challenges they face in managing their investment, funding and governance responsibilities. She is an independent trustee director (in a personal capacity) of the Scottish & Newcastle Pension Plan and chairs its Investment Committee. In addition, Anne is an independent trustee of the Mercer Mastertrust.

Chris Wilkie is an ICAS member, having been admitted in 2007.

Chris is an Audit Director for Johnston Carmichael, based at the firm’s Glasgow Office.  Chris is also Head of Pensions Audit for the firm and is Audit RI for a portfolio of approximately 80 pension scheme clients across the UK.  His portfolio includes: ongoing pension schemes with an active and continuing employer; schemes with an employer which has suffered an insolvency event and the pension scheme has entered a Pension Protection Fund (PPF) assessment period; and “irregular” schemes where The Pensions Regulator has removed the incumbent trustees and appointed an independent trustee.

Chris has worked in the pensions audit team at Johnston Carmichael since 2004.  His experience includes auditing defined benefit, defined contribution and hybrid pension schemes covering schemes with up to 1 billion of assets and 10,000 members.  He regularly meets with the PPF and other professional advisors to the PPF to discuss current issues impacting the pensions industry.

David is a Director and Owner of Spence & Partners, an actuarial and administration specialist, Dalriada Trustees, a leading firm of professional trustees and Veratta, a software and data specialist.

David is a regular contributor of articles and commentary in the press and is an acknowledged expert on multi-employer pension schemes. As well as being a member of the ICAS Pensions Committee, David is also a special adviser to the Charity Finance Group and on a Pensions and Lifetime Savings Association Working Party. David has also worked with the DWP and Scottish Government in relation to the impact of multi-employer pension schemes on third sector organisations.

David joined Scottish Borders Council as Chief Financial Officer in September 2011 with responsibility for the proper financial management of the Council and its pension fund. Prior to joining Scottish Borders, he worked in a variety of finance-related roles for the City of Edinburgh Council.

David graduated from Glasgow University in 1992 and joined Lothian Regional Council that year as a trainee accountant.  He qualified as a Chartered Public Finance Accountant in 1995.

He lives in Edinburgh with his wife and two teenage children who deny all responsibility for his grey hair. Extensive parent taxi duties mean he has no spare time.

John is self-employed, trading as JRM Training and Professional Services. Until October 2015, John worked with Grant Thornton in Scotland for 37 years. During his period with Grant Thornton, John specialised in auditing and financial reporting, in relation to large unquoted private companies, pension schemes, solicitors and similar professional service organisations

Throughout his professional career, John has had a very close involvement with ICAS. He has been a member of the ICAS Business Policy Committee and served on AAT Council as an ICAS nominated member for 5 years. John also delivers training courses for BPP, as part of its partnership with ICAS.  John is the immediate past Chair of the Pensions Panel.

Louisa is a longstanding partner within the Shepherd and Wedderburn LLP Pensions law team and has an extensive range of experience advising on pensions law issues for trustees and companies. She has significant experience in advising through the lifetime of occupational pension schemes in matters including risk reduction measures, including scheme restructuring, as well as the impact of commercial activity on schemes and negotiations with The Pensions Regulator and the Pension Protection Fund. Louisa has in-depth knowledge of EU and UK constitutional reform matters affecting schemes.

In addition, she advises regularly on the detail of European law as it affects pension provision – equalisation and equality law being particular specialisms.

Philip is a Partner at RSM and has over 25 years’ experience of delivering audit services to some of the largest UK pension schemes, Philip also has extensive experience of leading the audits of a variety of investment organisations ranging from some of the largest global asset servicing entities to smaller alternative and hedge fund managers. In addition to audit, Philip also performs risk and governance reviews for his clients.

Philip has led the audit work for a range of internal control reporting assignments (AAF01/06 and SAS70 reports) including some of the earliest applications of these frameworks to pension administrators. He leads the provision of the RSM accreditation services to PASA (the Pension Administration Standards Association). In addition to client responsibilities as Audit Principal Philip heads the National Pensions technical team within the National Pensions Group.

Rachel is a senior manager based at PWC’s Glasgow Office.  Rachel has ten years’ experience as a specialist pensions auditor: she also has extensive experience working in the wider financial services sector in the UK and US.

Her portfolio of pensions clients includes DB and hybrid schemes, those administered by third parties as well as those managed in-house, covering all sizes up to those with net assets in excess of £15 billion.  She is also involved in managing non-audit assignments such as benefit reviews, risk register reviews and controls benchmarking exercises.  Rachel is a member of ICAEW.

Ross is an Associate Partner at Aon. 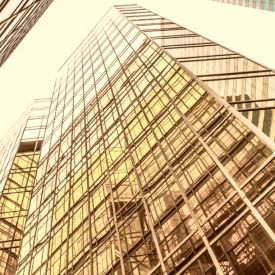