The Pensions Research Accounts Group (PRAG) has published new guidance on ‘Accounting for Guaranteed Minimum Pension (GMP) equalisation by pension schemes following the Lloyds judgement’ (March 2019). The guidance is available on the members’ area of the PRAG website.

The guidance has been prepared:

In summary, pension schemes should recognise a liability in respect of backdated benefits payable and related interest where these can be measured reliably, and the liability is expected to be material.

The Guidance should be read alongside FRS 102: The Financial Reporting Standard Applicable in the United Kingdom and the Republic of Ireland and Financial Reports of Pensions Schemes: A Statement of Recommended Practice (the Pensions SORP (2018)).

Current estimates of obligations relating to the equalisation of GMPs range from 1% of scheme liabilities to 4%. However, obligations could be outside of this range.

The GMP is the minimum pension which a UK occupational pension scheme has to provide for those employees who were contracted out of the State Earnings Related Pensions Scheme (SERPS) between 6 April 1978 and 5 April 1997.

About the Lloyds judgement

In the Lloyds judgement, the High Court:

The judgement did not deal with the treatment of transfers out or de-minimis considerations which are expected to be dealt with in a second hearing later this year.

Most pension schemes were required to equalise benefits payable to male and female scheme members as a result of a judgement reached by the European Court of Justice on 17 May 1990 in Barber v Guardian Royal Exchange Assurance Group. The judgement was incorporated into the Pensions Act 1995.

While the October 2018 ruling relates specifically to Lloyds Pension Schemes, it applies to any scheme contracted out between May 1990 and April 1997 and providing GMPs.

Under FRS 102:21:4, an entity shall recognise a provision only when:

(a) the entity has an obligation at the reporting date as a result of a past event;
(b) it is probable (i.e. more likely than not) that the entity will be required to transfer economic benefits in settlement; and
(c) the amount of the obligation can be estimated reliably.

The guidance points schemes towards the following considerations in arriving at a judgement about these requirements:


*Denotes a clarification of the guidance by ICAS.

An appendix to the guide provides example narrative disclosures for scheme accounts on the following scenarios: 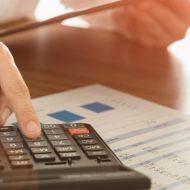 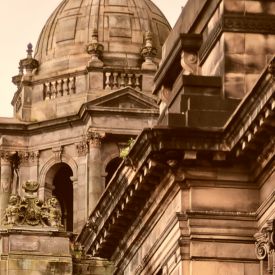 CDC: the future of UK pensions?