How can politicians help to restore trust in pensions? This was the topic of the ICAS Challenging Conversations debate in London on 11 September.

The thorny issues of the long-term stability of the UK pension system and how to create a regime that can deliver reasonable retirement incomes were tackled.

The overarching challenge is that people are living longer and need to invest enough for retirement, but they don’t know how much to save and what investments are appropriate. Moreover, trust in the pension system has been eroded over the years by the closure of so many defined benefit (DB) schemes and a series of scandals, so how can we expect people to save enthusiastically for a pension?

Watch the panellists talk about some of the key issues:

There was lively debate among the panellists and those in the audience, with agreement that there needs to be more trust in the system, better communications and a recognition that many workers especially those on lower incomes will need more support in making the right decisions.

Solutions to the savings crisis

After listing a litany of failures and abuses she believes have been carried out by the pensions industry, government and regulators, Josephine Cumbo, pensions correspondent at the Financial Times, revealed a five-point plan to help restore trust in pensions. Watch Jo explain her plan.

Once Government decided on a quasi-mandatory basis to default 10 million people into pension saving the case for member-first governance became overwhelming.
-  Gregg McClymont

Gregg McClymont pitched an innovative idea around improving governance in AE schemes: all AE monies should be governed under trust law so that savers interests are always put first by those managing their pension.

“Once Government decided on a quasi-mandatory basis to default 10 million people into pension saving the case for member-first governance became overwhelming.

“This was the Office of Fair Trading’s conclusion in its recent study of the DC market. And no wonder. If savers are to have confidence in the new system, those managing their money need to be fiduciaries”.

A good solution to the problem of multiple pension pots would be for the new employer to put their money into your pension pot.
- Tom McPhail

The problem of multiple pension pots was tackled by Tom McPhail, “Under auto-enrolment every time you change jobs you are forced to take the pension from your new employer.  You have no choice in this matter, if you want their contributions you need to be part of their scheme.

“This causes a proliferation of small pots and disrupts the savings journey. The DWP has failed to address this. A good solution would be for the new employer to put their money into your pension pot.”

Looking at the bigger picture

The government’s focus on short-term debt and crisis cash management in their financial education and inclusion strategy was an understandable priority, explained Tom, but there was barely a mention of longer-term saving and investing in the stock market.

“We have an adult population that doesn’t understand how the money that they put into their pension feeds into the economy. There’s a lot more financial education that can be done there,” said Tom.

Sir Brian Souter CA, ICAS immediate past President, also looked at the link between pensions and the economy.  His concern centred around the investment approach of DB pension schemes and the “very strange pathway” that the pensions industry is on.

We need to break out of this syndrome which is clearly bad for pensioners.
- Sir Brian Souter CA

He applauded the recent paper by Mervyn King and John Kay questioning current pension policy, and proposed a reverse to the current investment approach of DB pension schemes. Sir Brian explained that in the last decade pension schemes have switched from investing in enterprise and businesses to investing instead in UK government gilts and bonds. In 2006, 30% of defined benefit money was in bonds and gilts, now it’s 60%.

“We need to break out of this syndrome which is clearly bad for pensioners because they are getting low yields; it’s bad for companies because they are having to pump more and more money into schemes; and it’s bad for the economy because if that money had been put into enterprise, property and infrastructure investment and other forms of new business we wouldn’t have GDP growth of 1%, it would be a lot higher.”

Tax relief was another hot topic at the debate. Panellists agreed that this was a mess and in dire need of reform. It was an issue that moderator Sarah Pennells, financial broadcaster and founder of SavvyWoman.co.uk, anticipated we will hear more of in the run up to the autumn budget.

The way people are going to interact with the pension system is going to change considerably in the future.
- Chris Curry

Increasing life expectancy and how people’s lives will be different in the future was raised by Chris Curry, Director of the Pensions Policy Institute.

“People aren’t likely to spend a lot of time in education at the start of their life, they will have multiple careers and lots of different episodes during their working life during which they may be re-training and have to live on their savings.

“Their working life won’t fit into the current system of saving for 40 years then drawing on a pension for 30 years. The way people are going to interact with the pension system is going to change considerably in the future,” explained Chris.

This challenging conversation on pensions will continue online at icas.com, in The CA magazine, in CA Today and on social media at #ChallengePensions.

Help us drive forward the challenges, ideas and solutions that need to emerge by commenting on articles, sharing the videos on social media and debating the issues. 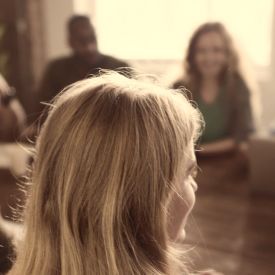 How employers can help solve the savings crisis