How can politicians help restore trust in UK pensions?

ICAS is calling for a change in approach to pension policy-making by current and future UK Governments.

We believe the primary focus of reform should be the long-term stability of the UK pension system and creating a system which can make retirement something to look forward to.

While the UK Government is continuing to pursue a programme of pension reform, the demands of the Brexit negotiations and related activities have reduced the ‘bandwidth’ available to tackle other pressing issues.

This is a concern, as even taking into consideration recent major pensions-related reforms, on the whole people are not saving enough for their retirement and may not be aware of the extent of their under-saving.

The UK needs a pension system and a savings culture which will enable people to save adequately for their retirement over the course of their working lives.

People are not saving enough for their retirement and may not be aware of the extent of their under-saving.

We believe there is more work for the Government to do in this regard, particularly as defined contribution pension arrangements become the norm. Pensions cost a lot to provide: an inconvenient truth with which we must all come to terms.

The current UK Government, and successive Governments, need to take a long-term strategic view of pensions policy which can provide more stability and certainty for both savers and pension providers.

People putting money aside today for a pension need to be confident that they will be better off from doing so when they eventually retire.

For most people additional saving is essential

Earlier this month the Financial Conduct Authority and The Pensions Regulator launched a call for input on their new joint strategy ‘Regulating the pensions and retirement income sector’, making a commitment to “work together to tackle the key risks facing the pensions sector over the next 5-10 years.”

This is a welcome and timely development which places the consumer, the saver, front and centre.

The new single-tier State pension is intended to provide a foundation for private saving. Pensions auto-enrolment has increased the number of people saving for a pension.

Indeed, the Government’s Auto-enrolment review recently reported that during 2018, new savers and those saving more due to auto-enrolment are expected to reach 10 million.

However, not everyone in employment is eligible and contributions are not set at a level sufficient to deliver an adequate retirement income, even when added to State pension entitlement.

Additional saving is therefore essential for most. Moreover, the self-employed are excluded from auto-enrolment and there are currently no policy solutions on the table for them.

Auto-enrolment contributions are not set at a level sufficient to deliver an adequate retirement income.

The freedom and choice reforms removed the requirement to secure a guaranteed retirement income and gives savers flexibility, including the option to keep their savings invested.

However, opting to remain invested rather than purchasing an income comes with the risk of running out of money in later retirement.

In time, the pensions industry may develop suitable products for the mass market to address this additional risk, although it’s not unreasonable to ask the Government to consider what policy interventions it could take to reduce this risk.

ICAS is calling for a change in approach

We are calling on the current and future governments to take an approach to pensions policy that:

We would hope that all political parties would consider signing up to a shared vision and objectives which all future pensions policy could be tested against, including any policies on pensions taxation.

Ideally, we would like to see the establishment of an independent pensions/retirement savings commission as a standing advisory body which seeks to achieve long-term stability for the UK pension system and cross-party consensus.

ICAS would like to see the establishment of an independent pensions savings commission.

However, we recognise that this idea has not gained any traction with previous Governments or the current Government, which would need to take the lead.

Where does the UK pension systems sit relative to other countries?

In 2016, the UK moved down the rankings in the Melbourne Mercer Global Pension Index of 27 countries from 9th to 11th place.

This was also accompanied by a fall in grade from a B to a C+. In 2017, the Index grew to 30 countries and the UK saw a fall from 11th place to 15th place but maintained its grade of C+.

In context, a C+ means “A system that has some good features, but also has major risks and/or shortcomings that should be addressed. Without these improvements, its efficacy and/or long-term sustainability can be questioned.”

The fall from a B to a C+ between 2015 and 2016 coincided with the implementation of the freedom and choice reforms in April 2015 making the Index’s recommendation that restoring the requirement to take part of retirement savings as an income stream key to achieving a better grade.

Other recommendations, from the Index, to improve the UK’s grade are:

Do you know roughly what your income will be in retirement?

Let us know by writing in the comment box below. 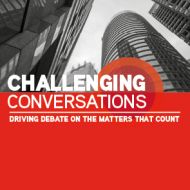