The Pension Schemes Act 2021 means significant changes for the industry through a strengthened regulatory regime, with aspects likely to increase public awareness of how schemes invest in the wider economy.

This new Pension Schemes Act received Royal Assent in February this year, following a protracted journey through the UK Parliament as a consequence of the pandemic. The Bill was first introduced in October 2019 and is primarily aimed at strengthening the powers of The Pensions Regulator (TPR) in order to protect scheme members.

Nevertheless, the Act is broad ranging and while its objective is not root and branch reform of the industry, it is ambitious with significant change across a variety of areas.

The new Act covers a lot of ground. It brings the impact on pension schemes from corporate events much higher up the agenda, with careful consideration needed to understand potential exposure to the wider reach of TPR's powers and the new criminal offences.

The impending publication of the accompanying regulations will provide needed clarity on how all this will work in practice.

The implementation of the Act will come via regulation in due course with a degree of urgency in some areas.

The provisions of the Act include:

TPR is currently consulting on its new criminal sanctions policy. The consultation closes on 22 April.

In summary, ‘the avoidance of employer debt’ arises if a person intentionally avoids settling the debt, and had no reasonable excuse for doing so.

‘Conduct risking members’ accrued benefits’ is a wider offence and occurs where a person knew or ought to have known that the effect of their conduct would worsen the outcome for the pension scheme, and had no reasonable excuse for that conduct.

Both of these offences have a penalty on conviction of an unlimited fine and/or imprisonment for up to seven years. Alternatively, these offences can be dealt with by way of new civil penalty, introduced by the Act, of up to £1 million.

Concerns have been raised about these new criminal offences in that the provisions could potentially catch normal behaviour, such as the conduct of a business transaction by the scheme’s sponsoring employer.

Scheme advisers and others who knowingly assist in such conduct could also be considered to have committed a criminal offence under the Act and therefore also risk criminal charges.

Contribution Notices can be enforced in the civil courts and the new civil penalty of up to £1 million will apply here too. Ultimately failure to comply with a Contribution Notice could be considered the avoidance of employer debt and, if so, could be treated as a criminal offence.

TPR’s new powers, in relation to both new criminal and civil offences, are not expected to come into force until the Regulator has issued guidance on how it expects to exercise these new powers.

Changes to the regime for the funding of DB schemes were prompted by major corporate failures where sponsored pension schemes and their members were adversely impacted.

A twin-track approach to compliance with a new DB funding code of practice is being proposed by TPR: a fast-track route and bespoke route.

The Department of Work and Pensions consulted on the introduction of climate change governance and reporting requirements in 2020. A further consultation on the regulations and statutory guidance was conducted in 2021.

Under the proposals, occupational DB and defined contribution (DC) pension schemes with assets of over £1 billion, all master trusts and all authorised schemes offering collective money purchase benefits will be required to establish specific governance arrangements to manage climate-related risks and to produce Task Force on Climate-related Financial Disclosures (TCFD).

TCFD reports prepared by pension schemes will need to be made available on a public website.

TCFD reporting requirements are to be rolled out across the investment chain according to a roadmap published jointly by the UK government, TPR and the Financial Conduct Authority.

Regulations are to be brought in under the Act to remove the statutory right of a scheme member to transfer their pension pot where there is no genuine employment link between the member and the occupational pension scheme the transfer would be destined for.

Also, additional restrictions on the statutory right will be introduced when the existence of certain ‘red flags’ is established at the point a transfer request is being considered.

Imposed conditions on transfers will enable scheme trustees to refuse the transfer if the destination scheme does not have the appropriate authorisation or where the member has not supplied evidence of employment or residency.

Scam prevention regulations are expected to be in place by early autumn 2021.

The Act supports the implementation of pensions dashboards, which should over time enable people to view all their pension savings in one place.

The Act allows for a public dashboard service to be launched and commercial dashboards to be developed.

The Pensions Dashboards Programme is due to be delivered in 2023. Proposed regulations are expected later this year, with a parliamentary debate to be set for 2022.

The Act provides for a framework for the establishment of collective money purchase schemes.

This is the legislative term for Collective Defined Contribution (CDC) schemes, where contributions are pooled with the aim of providing a target retirement income, giving more certainty than traditional DC savings vehicles.

However, a specific retirement income level cannot be guaranteed.

Draft regulations are expected in spring 2021.

Keep an eye out for further articles on aspects of the Pensions Schemes Act 2021 on icas.com. 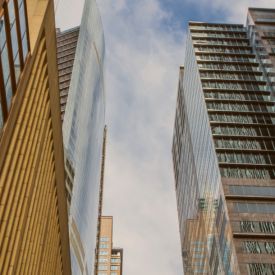 By Christine Scott, Head of Charities and Pensions and Anne Adrain, Head of Sustainability & Corporate and Financial Reporting 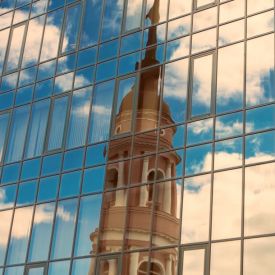