A five-point plan to help restore trust in pensions has been unveiled at the ICAS Challenging Conversation debate in London.

Josephine Cumbo, pensions correspondent at the Financial Times, revealed her plan during the live panel debate on the need for a change in approach to pensions policy making on 11 September.

Addressing an audience of pension experts and CAs, Josephine said: “You may not like what I have to say, but I am not at all surprised that trust in long-term savings products is so low because time after time I have seen first-hand the consequences of abuse of trust by the industry.”

After listing a litany of failures and abuses she believes have been carried out by the pensions industry, government and regulators – including cases of people being cheated out of their lifetime savings by scammers and the steel workers in Port Talbot who were enticed to hand over their defined benefit (DB) pensions into high charging, and inappropriate funds by so-called advisers – Josephine unveiled her five-point plan:

Watch Josephine talk about her plan:

Joining Josephine on the panel was:

The panel event was chaired by Financial broadcaster and founder of SavvyWoman.co.uk, Sarah Pennells.

This challenging conversation on pensions will continue online at icas.com, in The CA magazine, in CA Today and on social media at #ChallengePensions.

Help us drive forward the challenges, ideas and solutions that need to emerge by commenting on articles, sharing the videos on social media and debating the issues. 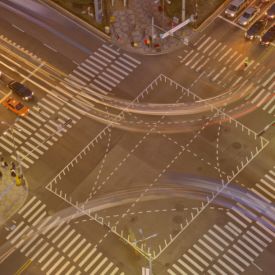 Could my pension save the planet?