Your round up of recent developments in insolvency.

The Regulations make provision for parts of the Insolvency Act 1986 to apply to registered societies and charitable incorporated organisations which are in housing administration. The Regulations came into force on 4 July 2018.

The Rules which came into force 5 July 2018 set out the rules to be followed under the Housing Administrator regime in England and Wales.

While the provisions of the Housing and Planning Act 2016 relating to the Housing Administrator regime apply in England and Wales, Scotland and Northern Ireland, only Rules in relation to England and Wales appear to have been made. ICAS have enquired about this to the Insolvency Service and we await a response.

The Rules which come into force on 4 August 2018 give effect to Part 6 of the Financial Services (Banking Reform) Act 2013. This provides for a special process for the administration of operators of certain financial market infrastructure systems (known as “FMI administration”), and restricts the powers of persons other than the Bank of England in relation to the insolvency of infrastructure companies. The Rules set out the procedure for FMI administration.

Annex A and Annex B of Recast Regulation on Insolvency 848/2015 has been amended and adds new insolvency procedures for Croatia, Bulgaria, the Republic of Latvia and the Portuguese Republic together with changes to Belgian law.

The British Property Federation (BPF) have issued a protocol which they request IPs involved in advising on CVA proposals adopt. The protocol sets out what the BPF considers to be best practice for IPs dealing with landlords. The protocol has been issued unilaterally by the BPF.

Accountancy Europe have issued a helpful factsheet looking at how accounting professionals’ day-to-day work will be affected by the 5th EU Anti Money Laundry Directive. The Directive became effective in June 2018 and member states have 18 months to transpose the new rules into national legislation.

The Department for Digital, Culture, Media and Sport has issued a consultation on whether the current exemption from paying data protection charges to the Information Commissioners Office remain appropriate and whether there should be any new exemptions. This is an opportunity to address the anomaly where IPs are required to pay a fee due to the personal nature of appointments while at the same time being caught by fees payable by their firm and the insolvent entity. You may wish to submit a response recommending exemptions be extended to the IP personally and an insolvent entity on the basis that the firm is to all practical purposes the data controller and that the firm pays a charge. The consultation closes at 4pm on 1 August 2018

Whitestar Management Limited and others v Thompson and others The Companies Court decided to grant relief under section 238 of the Insolvency Act 1986 because a sale of the company’s business constituted a transaction at an undervalue. The sale in question was under an asset sale agreement between the company and the second respondent company less than five months before the initial appointment of joint administrators to the company. (via LexisNexis)

Re The Pensions Regulator and Box Clever The Upper Tribunal has confirmed that Financial Support Directives (“FSDs”) issued against five ITV companies in relation to the Box Clever defined benefit pension scheme, fell within the scope of the FSD regime. Box Clever, was a joint venture between Granada (now ITV) and Thorn (now Carmelite). (via Lexology)

Absolute Living v DS7 The Court refused an application for security against an insolvent company acting through its liquidator when pursuing claims. Although unable to fund the security or provide ATE insurance, the claim was allowed to continue. (via Guildhall Chambers). 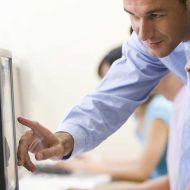 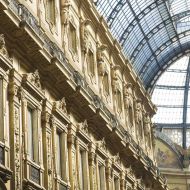