Specifically, in relation to insolvency, ICAS has been contacted by several insolvency practitioners (IPs) who it licences in recent months, expressing their irritation at continuing delays being experienced in relation to tax clearance for members voluntary liquidations (MVLs).

MVLs are solvent liquidations which can be a tax-efficient way for shareholders to be repaid their capital from a business that is closing. IPs have normally sought clearance from HMRC that there are no outstanding matters that would prevent the company from being dissolved prior to paying the final distribution to shareholders. As a result, any delays to that clearance can lead to IPs fielding enquiries from shareholders keen to receive the money they are entitled to.

HMRC provided updates in September and November 2022 on this issue, and is understood to be currently undertaking a wholesale review of its MVL process, including the provision of tax clearance. However, for now, it is clear that most IPs are still experiencing significant delays.  Unfortunately, this issue may be further exacerbated by a potential short-term spike in MVL numbers prior to upcoming changes to the CGT annual exempt amount in April this year.

The Practice Support team at ICAS has suggested on several occasions when discussing HMRC tax clearance delays with individual IPs that, subject to certain safeguards being in place, they may proceed to close a MVL case without obtaining the tax clearance from HMRC. The Practice Support team has also discussed the position with the regulatory monitoring team. This article sets out that position in order that all IPs have visibility of the advice and can consider the most appropriate approach to adopt within their practice policies and procedures.

While it is common practice among IPs to obtain tax clearance prior to making a final distribution and closing MVL cases, there is no legislative or stated best practice requirement to do so. Indeed, in view of the indemnity that the IP is likely to have in place with the shareholders and the heavily caveated terms in which HMRC frame clearance letters, the value of obtaining tax clearance is open to some debate.

The pre-appointment tax position provides a less certain environment for the IP as they have no direct knowledge or control over the company and its affairs during that period. As a result, the possibility of unknown liabilities existing is higher and the risks of making payments to shareholders beyond that to which they are entitled to is higher.

However, if appropriate enquiries have been made with the company and HMRC has been given an opportunity to submit a claim following the procedures set out within insolvency legislation, then it is open to an IP to close the MVL without tax clearance, subject to their (and their firm’s) professional judgement of the risk.

Those enquiries may include:

Many IPs will understandably still prefer to err on the side of caution, particularly where there may be more complex tax situations to deal with and where the tax treatment of certain matters is less certain. However, this guidance will hopefully provide some comfort to any IPs who intend to go down the route of closure without HMRC clearance. As always, it is vitally important that all decision-making is fully documented. 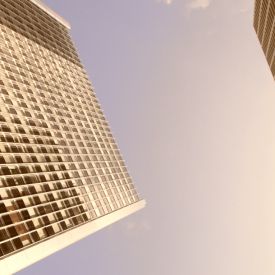