What are they and why are they controversial?

Pre-packaged administration is a tool used to restructure viable companies to give them another chance. A 'Pre-pack' is an arrangement where a sale of the business, or part of the business, is arranged before an administrator is appointed. The administrator then sells the business immediately, or soon after taking appointment. Since Pre-packs can be controversial it is important that the Insolvency Practitioner (IP) is seen to be acting in the interests of the company's creditors as a whole and is able to demonstrate this transparently.

Advice and guidance from the Institute

Creditors who are owed money by a business subject to a 'pre-pack' administration should be dealt with by IPs with as much openness and transparency as possible. That is the message from ICAS.

Concerns have been voiced regarding sales back to the former directors and shareholders without an attempt being made to find a different buyer. Where this happens there should be very good reasons and these should be properly explained to creditors. There are a number of situations in which pre-packs are the only way in which the business, or part of it, can be saved. One example would be a business where staff is the main asset - an advertising or recruitment agency for example. Prior to publicising the fact that a business is in difficulty it may be desirable to have a solution in place to reduce the possibility of losing clients and staff, which would have a negative effect on the ability to save the business.

Licensed Insolvency Practitioners are required to comply with the provisions of SIP16 which came into effect on 1 January 2009. A revised SIP16 came into effect in November 2013 and a further revision is expected to come into effect in July 2015. The emphasis is on transparency and in providing relevant information to creditors as soon as possible. For its part, ICAS will deal decisively with any breaches of SIP 16 through its regulatory processes. 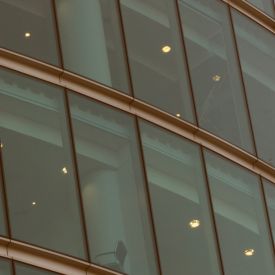 All Insolvency Practitioners who take insolvency appointments need to have a monitoring visit from the IMF at ICAS.