The new revised and restructured Part 5 of the 2020 ICAS Code of Ethics for Insolvency Practitioners became effective on 1 May 2020. This article will form part of a series looking at specific aspects of Part 5 of the Code.

ICAS adopted a new revised and restructured Code of Ethics (the Code) with effect from 1 January 2020. This replaced the previous version (applicable from 1 November 2017 to 31 December 2019). Part 5 – applicable to Insolvency Practitioners, is effective from 1 May 2020.

The Code has been updated following consultation and the structure is substantively based on the revised and restructured International Ethics Standards Board for Accountants (IESBA) Code of Ethics. IESBA’s intention behind this restructuring of the Code was not to fundamentally change the substance of the Code, but to improve its clarity thereby making it more user-friendly.

Inducements (including gifts and hospitality)

There are new provisions for IPs pertaining to the offering or accepting of inducements, which includes gifts and hospitality.

Section 2350 clarifies the meaning of an “inducement” in the context of the Code and introduces a new “intent test” with the provisions now prohibiting any inducements where there is “intent” to improperly influence behaviour.

The term “inducement” is considered to be neutral and therefore does not necessarily refer to circumstances where there is intent to improperly influence another individual’s behaviour.

Per section 2350.4 A1, an inducement is “an object, situation, or action that is used as a means to influence another individual’s behaviour, but not necessarily with the intent to improperly influence that individual’s behaviour. Inducements can range from minor acts of hospitality between business colleagues to acts that result in non-compliance with laws and regulations. An inducement can take many different forms, for example:

Requirement to comply with laws and regulations

There is a requirement for all IPs to comply with any laws and regulations that prohibit the offering or accepting of inducements in certain circumstances, such as in relation to bribery and corruption. For example, in the UK there is the Bribery Act 2010. Regard would also need to be had to legislation in other jurisdictions that may be applicable.

There is a new “intent test” to determine if inducements are made with the intent to improperly influence behaviour.

Some inducements may not be prohibited by laws and regulations but may still create a threat to compliance with the fundamental principles. The new provisions in the Code prohibit any inducements, given or received, where there is, or perceived to be, “intent” to improperly influence behaviour:

Per R2350.6 an IP shall not offer, or encourage others to offer, any inducement that is made, or which the IP considers a reasonable and informed third party would be likely to conclude is made, with the intent to improperly influence the behaviour of the recipient or of another.

Per R2350.7 an IP shall not accept, or encourage others to accept, any inducement that the IP concludes is made, or considers a reasonable and informed third party would be likely to conclude is made, with the intent to improperly influence the behaviour of the recipient or of another.

The key is whether it is considered that the inducement improperly influences behaviour. IESBA note academic research that indicates that even a gift having little intrinsic value might still affect the recipient’s behaviour, therefore even inducements which are “trivial and inconsequential” are not permitted if there is improper intent. In summary, if any inducement could improperly influence behaviour then it is not permitted by the Code.

The application material in the Code discusses consideration of the nature, frequency, value, cumulative effect and timing of the inducement. For example, if a gift arrives just before a sale concludes then that could be influential, and therefore inappropriate. Similarly, an inducement being offered in advance – but not being given until after a decision has been taken - can also be influential. The outcome of the influence or hospitality is an important consideration.

There is also the need to consider “creeping” influence. For example, if one member of a team receives a gift, that might be considered “trivial and inconsequential” and having no intent to improperly influence behaviour; however, if every member of the team receives a gift, that could potentially be influential, and therefore inappropriate. There is therefore a need to have a broader perspective, and not just to look at events in isolation.

Safeguards include informing more senior management or those charged with governance of the offer; or amending or terminating the relationship with the offeror.

Inducements with no intent to improperly influence behaviour

The Code also provides guidance where an inducement is offered or received where it is concluded that there is no intent, or no perceived intent, to improperly influence behaviour. In such circumstances the requirements and application material set out in the conceptual framework apply.

Safeguards regarding other inducements where there is no intent to improperly influence behaviour include declining or not accepting the inducement; informing senior management or those charged with governance regarding the inducement; registering the inducement in a log maintained by the employing organisation; having someone else, who is not otherwise involved in the engagement, review the work performed or decisions reached.

If such an inducement is trivial and inconsequential, any threats created will be at an acceptable level.

The Code also provides guidance when an IP becomes aware of an immediate or close family member offering to, or receiving, inducements from a party with whom the IP has a business relationship. Where the IP believes that there is intent to improperly influence behaviour, they need to advise the family member not to offer or accept the inducement.

The IP only needs to act upon potential threats that have come to his or her attention and does not need to specifically enquire of immediate or close family members as to their personal business (which may in and of itself breach confidentiality).

Find out more about the 2020 Code of Ethics. 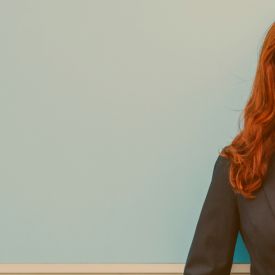