HM Revenue & Customs have issued a statement which corrects information previously given in respect of statutory interest payable on Scottish Member Voluntary Liquidations. David Menzies looks at the latest twist and its impact.

Earlier this year, HMRC issued a statement setting out the treatment of statutory interest on corporation tax for pre-liquidation periods in solvent liquidations. This followed concerns raised by the profession.

At that time ICAS highlighted that the relevant legislation in Scotland was not necessarily as clear as the position adopted by HMRC in their note.

Following discussions in the intervening period, and legal advice having been sought, HM Revenue and Customs have issued the note reproduced below.

The summary of the position is that HMRC now considers that the legislation in Scotland provides no rate of statutory interest for MVLs and that the statutory interest payable is at the rate of interest which would otherwise be applicable had the company not entered into liquidation.

Whilst this will be largely welcomed by the profession – it reflects the position which IPs and HMRC had been working to until recently – it has taken some time to reach this position. In the intervening period, IPs and shareholders in companies subject to MVLs have been left in abeyance. In some instances, interest will have been paid to HMRC in accordance with their previous statement which may have resulted in interest being paid to HMRC over and above that which they now consider payable.

While it remains that the legislative position is not clear and that only a court can properly interpret the legislation, in practical terms HMRCs statement reflects a position whereby they will not challenge the approach and interpretation of legislation which IPs have been used to applying.

For those cases where the Insolvency Practitioner remains in office they may wish to seek a repayment of interest which has been overpaid. Where the MVL has already been concluded and the company dissolved any overpayment would fall to the Queen and Lords Treasurer’s Rememberencer.

It should be noted that this position is likely to be relatively short-lived.

The Insolvency (Scotland) (Receivership and Winding Up) Rules 2018 which are due to come into effect on 6 April 2019 defines the official rate of interest and applies it to all forms of liquidation. In addition, the transitional provisions are such that the new rules will apply to cases in progress at 6 April 2019.

In February 2018, HMRC issued a note about Members’ Voluntary Liquidation (MVL). That note contained some incorrect statements about the position in Scotland and the purpose of this paper is to provide clarification of HMRC’s interpretation of relevant legislation.

References are to current legislation:

Section 89 of the Act applies in Scotland.  A company’s directors are required to make a declaration of solvency expressing the opinion that the company will be able to pay its debts in full, together with interest at the official rate within 12 months from the commencement of the winding up.

We next said that section 189(5) of the Act points the reader to Rule 4.66(2)(b) of the Rules.  Our conclusion was that the official rate applicable to MVLs in Scotland is 15%.  That conclusion was made in good faith and, indeed, follows standard text on the subject.

Since the 1986 Rules do not provide for an official rate payable to creditors in an MVL, a creditor’s entitlement to post-liquidation interest is the rate of interest applicable to the debt apart from winding-up: section 189(4)(b) of the Act. Interest at that rate runs until full payment of the principal debt.

It is possible some debts may be payable after the date of MVL. Most likely is Corporation Tax which is payable nine months and one day after the end of a company’s accounting period. There may also be, for example, PAYE or VAT due if a company has traded up to the date of MVL.

In our earlier note we referred to Rule 4.16E of the Rules.  This Rule provides for a debt payable after the date of liquidation to be discounted and our note indicated our understanding that it applied to MVLs.  However, similar to the interest question discussed above, Schedule 2 to the Rules does not apply Rule 4.16E.  This means, then, that debts payable after the date of MVL may not be discounted but must be paid in full, even if payment is made before the due date for payment. 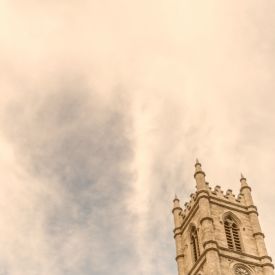