This article forms part of a series looking at the significant changes to insolvency procedures being brought in in Scotland from 6 April 2019. In this article, David Menzies looks at the changes relating to CVL commencement.

Rules in relation to CVLs are contained in Part 4 of ISRWUR 2018.

When ISRWUR 2018, come into effect on 6 April 2019 the initial steps for a CVL will change significantly. The process will become as follows:

The process to obtain the members resolution to wind-up will remain unchanged. Holders of qualifying floating charges are still required to be given at least five business days’ notice of the intention for the company to pass a resolution to wind-up voluntarily and the resolution cannot be passed until the expiry of that notice or unless earlier consent is obtained from the qualifying floating charge holder. The company can pass the resolution either by correspondence or at a physical meeting as normal under the Companies Act provisions (see ISRWUR 2018, r 8.41). The members will appoint a liquidator in the normal manner.

Directors of the company are required under an amended IA 1986, s 99 to make out a statement of affairs and send that to the company creditors within seven days of the day the resolution to wind-up is passed (the period beginning on the day after the resolution is passed). The statement of affairs is required to be delivered to the creditors by the directors not later than one business day before the decision date for the nomination of liquidator.

ISRWUR 2018, r 4.3 requires the directors to send a copy of the statement of affairs to the liquidator as soon as is reasonably practical after the liquidator is appointed.

With IA 1986, s 98 being repealed and a physical meeting not being permitted as a qualifying decision procedure, other than where requested by creditors, then alternative methods of seeking the nomination of creditors for the liquidator under IA 1986, s 100 is required.

ISRWUR 2018, r 6.14 requires the company directors to issue a notice to creditors seeking their decision on the nomination of a liquidator. The only permitted methods are the deemed consent procedure or a virtual meeting. The decision date must not be earlier than three business days after the notice is delivered but must be no more than 14 days after the resolution to wind-up is passed.

Where the resolution to wind-up is passed on 1 May 2019 the latest decision date permissible would be 15 May 2019.

In calculating the earliest decision date, account will need to be taken of the deemed delivery date. So, for example, where any of the notices are issued by second-class post the deemed delivery date is four business days after posting. In a Centrebind CVL where the notice is issued on the same day as the resolution to wind-up is passed, then the earliest decision date is then effectively seven business days after the winding-up resolution is passed.

Extreme care must be taken around Christmas each year due to the potential number of non-business days.

Assume a winding-up resolution was passed on Tuesday 23 December, the last decision date would then be 6 January. If notices were sent by second-class post on Tuesday 23 December, then the deemed delivery date of those notices would be Wednesday 31 December (the 25th and 26th being bank holidays and 27th and 28th being the weekend). The earliest decision date would then be three business days later—7 January (1st and 2nd January being bank holidays and 3rd and 4th being the weekend). This is later than the permitted last decision date of 6 January. The timescales can only be achieved by using electronic delivery or sending notices by first-class post.

Within 28 days of the decision date of the liquidator appointment following decision (or deemed consent) of the creditors, the liquidator is required to provide creditors with a report on the decision procedure or deemed consent procedure and details of the estimated value of the prescribed part and estimated value of the company’s net property used in calculating the prescribed part.

The estimate can exclude information which would be seriously prejudicial to the commercial interests of the company and if information is excluded, and it affects the estimate, then this must be stated. The report must also state if the liquidator intends to apply to the court to disapply the prescribed part on the basis that the cost of making the distribution would be disproportionate to the benefits and give the reasons for the application.

A copy of the statement of affairs (or a summary of it) is also to be provided where the liquidator is sending the information to a creditor that did not get notice of the decision procedure or deemed consent issued by the directors outlined above.

If an Insolvency Practitioner wishes to step in and ‘take’ a CVL appointment from the member’s nominated liquidator, where the deemed consent procedure is used by the directors then it will be necessary to secure enough voting power to object to the deemed consent which would result in a physical meeting having to be called.

It is worth noting that a creditor not only has the right to object to the deemed consent but also has a specific right to request a physical meeting.

The thresholds to object to deemed consent and to request a physical meeting are, however, different. For more information, see: Scottish Insolvency Rules 2018: decision-making. Well-advised creditors can be expected to not only object to deemed consent but also request a physical meeting, having two bites of the cherry to try and make their own appointment.

Commencing a CVL after another process

Timing of a virtual meeting will be more readily controlled although it might have practical difficulties to be overcome around technology, controlling and verifying access to participate, etc. Use of deemed consent increases the possibility of delay either through objections or a request for a physical meeting being received.

A greater number of ‘centrebind’ appointments may materialise—with the problems those entail—mainly as a result of the limited liquidator’s powers during the hiatus period.

A decision on remuneration is one of the specified matters in legislation where the deemed consent procedure cannot be used. It should therefore be borne in mind that if the directors use the deemed consent procedure for the liquidator’s appointment, and a decision is also required to deal with fees for pre-appointment assistance then that decision will require to be made via one of the qualifying decision procedures. 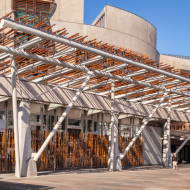 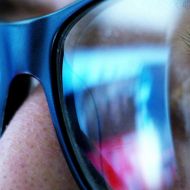 Communications under the Scottish Insolvency Rules 2018