A round-up of recent developments in insolvency.

As a result of SIP 2 being issued, SIP 4 shall only be applicable in respect of cases commenced before 6 April 2016. SIP 4 shall be withdrawn automatically on 6 October 2016.

Further information is available on ICAS.com.

Changes to director conduct reporting came into effect on 6 April 2016. Director conduct reports require to be submitted within 3 months of the relevant insolvency date (reduced from 6 months) and must be submitted via the Insolvency Service portal (see below) where the case is under England & Wales or Scottish legislation. Where the case is under Northern Ireland legislation there is a new form (DCR) to be completed and emailed to the Insolvency Service, DETI.

The new director conduct reporting portal for England and Wales and Scotland is hosted on GOV.UK. Access the service and guidance.

IPs are not being issued with user names and passwords to allow them to register to use the Service.

The registration process will require IPs to:

IPs can use the find an Insolvency practitioner tool to check their entry on the database. Any corrections should be notified to CustomerServices.EAS@insolvency.gsi.gov.uk and should include 'IP Database' in the subject field.

The Designated Professional Body (Consumer Credit) Handbook has been approved by the Financial Conduct Authority (FCA). This enables firms to provide consumer credit services without the need for authorisation from the FCA.

Consumer credit activities may be undertaken by your firm if your firm meets the eligibility criteria set out in the DPB (Consumer Credit) Handbook and complies with the Handbook when undertaking those activities.

There’s no application to complete and no fee to pay.

Under Part XX of the Financial Services and Markets Act 2000. This means:

If your firm is authorised by the FCA, it cannot use these arrangements. Your firm must hold the relevant FCA permissions to undertake credit-related regulated activities.

View the DPB (Consumer Credit) Handbook and other information about consumer credit.

The Scottish Parliament has passed the Bankruptcy (Scotland) Bill, a Bill to consolidate over 30 years of personal bankruptcy legislation into one piece of legislation. ICAS provided evidence during the course of the Bill’s passage through Parliament and the final Bill as passed reflects many of the amendments which ICAS called for to improve the Bill from that originally introduced. The Bankruptcy (Scotland) Act 2016 is expected to become effective on 30 November 2016.

Certain provisions within the Act have been commenced with effect from 1 April 2016. This includes a number of technical provisions affecting liquidations, administrations, and bankruptcy.

Provisions introducing statutory objectives for the insolvency regulatory framework, enhanced powers for DETI and provisions to allow partial authorisation of insolvency practitioners have also been commenced.

Further details are available on ICAS.com.

Starting in practice as an insolvency practitioner

A new guide has been published by ICAS (member login required) providing a high level summary of personal, technical and regulatory matters which anyone considering starting in practice as an insolvency practitioner should consider.

Although aimed at those staring out in practice, the guide will also provide a useful reminder to anyone practicing as an insolvency practitioner of the key areas they should be considering to ensure best practice for their firm and that they are compliant in regulatory matters.

The Joint Insolvency Exam Board have issued details of changes to the 2016 exam sitting of the joint insolvency exam.

The Joint Insolvency Committee have issued for consultation a draft revised SIP 13 – acquisition of assets by connected parties in an insolvency process.

The proposed SIP requires proportionate disclosure when connected parties acquire assets in both personal and corporate insolvency procedures. The consultation is open until 11 May 2016.

The European Commission are seeking views on to inform their work on a common insolvency framework. This consultation seeks stakeholders' views on key insolvency aspects.

In particular, it seeks views with regard to common principles and standards which could ensure that national insolvency frameworks work well, especially in a cross-border context. he responses will be used to identify which aspects may possibly be dealt with in the legislative initiative and which in other possible complimentary actions in this field.

The Accountant in Bankruptcy has issued a consultation reviewing the effectiveness of recent changes to protected trust deed legislation.

The Accountant in Bankruptcy has issued a Dear Trustee communication [PDF] relating to the presentation of Other/miscellaneous income on Form 4 used for protected trust deeds.

The Dear Trustee also contains a reminder about completion of statement 2 on Form 4 where there is a variance in the expected dividend.

The Accountant in Bankruptcy has issued their spring edition of DAS Digest.

This edition features include:

David presented a session to the assembled delegates on an IP’s perspective on engagement with PACE.

A round up of the conference is available.

What does adjudication mean in practice?

Recent Court of Session decisions have included comment on the approach administrators may take in adjudicating on creditors claims.

David Sellar QC has assessed the implications of recent Court of Session decisions and how an administrator may approach this in practice in light of judicial comment.

A number of courses are being run by ICAS/BPP in the next few months: 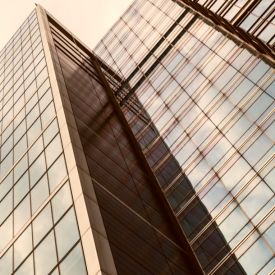 Starting in practice as an Insolvency Practitioner

Taking steps to start in practice as an insolvency practitioner is not one which should be taken lightly.