First Review of the Insolvency (England and Wales) Rules 2016

The Government has published its first report on the operation of the Insolvency (England and Wales) Rules 2016 (‘the Rules’), as required under the review framework introduced by the Small Business, Enterprise and Employment Act 2015 (‘SBEE’).

The review framework introduced by SBEE requires that a report on the conclusions of a review of the secondary legislation must be published within five years of 6 April 2017, the date that the Rules came into force.

The publication of the report follows on from the Insolvency Service’s Call for Evidence on the  Rules which ran from March to June 2021.

The Rules came into force in 2017 following a wider effort to streamline the insolvency regime and reduce unnecessary regulation, the ultimate goal of which was to provide better outcomes from insolvency and increased returns to creditors.

The Rules consolidated the bulk of the existing secondary legislation, updated the insolvency framework with modern and gender-neutral language, and aimed to provide a clearer and more user-friendly rulebook for insolvency processes. At the same time, they introduced the supporting provisions for the changes to insolvency law and practice contained in the Deregulation Act 2015 and SBEE.

Outcome of the call for evidence

The report indicates that the majority of respondents to the Call for Evidence are content that the Rules provide an appropriate framework for the UK’s insolvency regime; and that the framework is clear, albeit there remain a number of individual rules and areas which could be improved upon.

The majority of respondents likewise agreed that the updated language employed by the Rules improves upon that used in the Insolvency Rules 1986; that the Deregulation Act and SBEE policies have been fully and clearly implemented; and that the implementation of other new policies is clear.

Respondents were less confident that the new policies introduced by the Rules were in all cases positive and effective, with the abolition of prescribed forms, in particular, attracting a significant amount of negative comment.

A considerable number of issues were raised on technical points in the Rules, and on particular topics where those responding felt that the rules were in error or could be improved. The report groups these into sixteen categories reflecting the main concerns shared by respondents. Those categories include topics such as the creditor opt-out process, electronic communication and decision-making processes.

The sixteen topics are explored within individual sections in the report and additional sections are also included to capture the relatively small number of issues that did not fall into one of the other categories, and cross-cutting remarks regarding creditor engagement.

The government note that the purpose of the review is to evaluate the Rules and their operation, not to develop solutions to specific issues.

However, in a small number of cases, the Call for Evidence has highlighted errors and similar straightforward issues in the Rules, which, the report indicates, will be corrected. In addition, a larger number of specific areas have been identified for further review and, potentially, inclusion in future updates to the Rules. A table of five corrections to be made to particular rules is included within the report along with a table of future work and matters for further consideration.

It is noticeable that throughout the report there are regular references to the application of the Rules in relation to CVLs. Perhaps unsurprisingly therefore, the report goes on to say that the CVL process will be prioritised when it comes to more detailed consideration along with the scope of insolvency applications.

The review framework introduced by SBEE means that an identical review is required by rule 6 of ISCVAAR, so we can likely expect a similar Call for Evidence in Scotland next year, with a report to follow prior to 6 April 2024.

However, although some of the focus from respondents is likely to be different, with jurisdictional divergences meaning there will be less emphasis on the CVL process, a lot of the findings from the review of the Rules are likely to be relevant to any review of the 2018 Rules.

For the time being, it would seem appropriate to consider the list of corrections to be made to the Rules to assess whether changes should be made to corresponding areas of the 2018 Rules in advance of a formal review.

The report has been published less than two weeks after the Insolvency Service’s consultation on the future of insolvency regulation concluded.

Within the consultation paper the Government sets out drastic proposals to reform the regulation of the insolvency profession with the aim of improving public confidence.

ICAS submitted a response to the consultation, within which it sets out its preference to strengthen the current insolvency regulation framework as a route to increasing public confidence, as opposed to pursuing a single regulator agenda.

The significant number of issues identified by the Call for Evidence and report on the Rules add weight to the argument that the Insolvency Service’s focus should be turned to making tangible improvements to the existing framework as a route to the improvement in public confidence being sought, as opposed to pursuing the potentially harmful strategy currently under consideration. 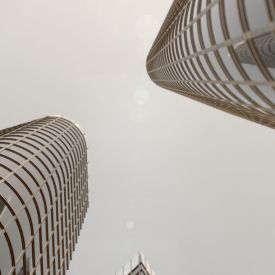 Find past and present issues of the ICAS Insolvency Technical Update