James Barbour summarises the key points in ICAS' response to the International Ethics Standards Board for Accountants (IESBA) Exposure Draft – Responding to Non-Compliance with Laws and Regulations (NOCLAR) - September 2015.

ICAS is supportive of IESBA's objective to improve the clarity of the Code of Ethics for Professional Accountants and believes that the current proposals for addressing professional accountants' (PAs') response to non-compliance, or suspected non-compliance, with laws and regulations (NOCLAR) are an improvement from IESBA's original proposals that were previously exposed in August 2012. We believe that IESBA should be praised for the level of outreach and stakeholder feedback it has sought in relation to this complex topic; however, we believe there is considerable work still to be done before these proposals can be finalised.

1. New proposed sections 225 and 360 to the Code of Ethics and Interaction with Applicable Legal Requirements

We note that IESBA sets out the objectives of the new sections as follows:

We are supportive of the substance of these objectives; however, in relation to the second of these, we have serious concerns as to how this may operate in conjunction with applicable "tipping off" procedures, in accordance with anti-money laundering legislation, in the EU.  We believe that there is a need for IESBA to better explain, locate, and reference, the appropriate material within the new proposed sections in order to stress the need for professional accountants to be aware of the relevant legal requirements including possible "tipping-off" prohibitions in certain jurisdictions.

ICAS believes there needs to be legal privilege or protection for those who report – 'a safe harbour'.  The suggestions within the Exposure Draft may be reasonable in theory, but could be extremely difficult to carry out in practice, particularly in certain jurisdictions.

ICAS is of the view that if governments are genuinely serious about tackling these issues, the G20 and G8 need to be taking the lead. There is a need for a genuine level playing field between the disclosure obligations placed on professional accountants and those placed on others providing services of the same or a similar nature. IFAC and other regulatory bodies need to seek to get governments around the globe to ensure that such legal protection frameworks do exist. The onus cannot all be placed on the professional accountant.

3. Scope of the Revised Proposals

As issues of NOCLAR could arise in any entity, we agree with the IESBA's proposed approach that there should be no differentiation between the requirements for public interest entities (PIEs), and non-PIEs.

Examples of Laws and Regulations Addressed

We are reasonably content with the new proposed approach being linked to the scope of International Standard on Auditing (ISA) 250.

We are not convinced that the proposed changes cover situations where the professional accountant may be acting in a sub-contracted role.

We support IESBA's proposal to scope out matters that are clearly inconsequential.

5. 'Substantive Harm' Threshold for the Determination of Further Action

IESBA proposes the introduction of a term new to the Code of Ethics which prima facie appears to more legalistic in nature, substantively derived from the US legal term "substantial injury".  We see no advantage in using this term over "public interest". Whilst this term may be widely accepted and understood in the US, we question whether it will translate easily in other jurisdictions around the globe. We are also not convinced that substituting the word "harm" for "injury" makes any significant difference.

6. Preclusion of Disclosure if it would be Contrary to Laws and Regulations

7. Emphasis on the Auditor

There appears to be greater emphasis placed on the auditor than other professional accountants. We understand that regulators will have pushed for this model to be adopted. However, we question, whether such an approach can be justified.

We question whether "encourage" is the right word when it comes to documentation for Senior Professional Accountants in Business and Other Professional Accountants in Business. In order to better protect the individual, we would recommend that circumstances and conclusions be documented, and therefore would prefer the use of a stronger word than "encourage", for example "advise".

We also believe it may be advisable to encourage documentation in circumstances where a professional accountant, of whatever category, concludes that an identified or suspected non-compliance with laws and regulations whilst not inconsequential is not a significant matter. We believe that it is advisable for a professional accountant to document such matters regardless of whether it has been deemed significant. 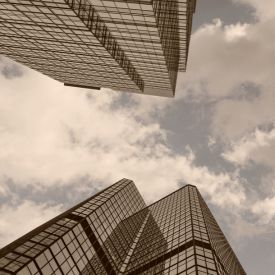 As part of its remit, the ICAS Ethics Board responds to ethics related consultations.