Putting ethics at the heart of professional responsibilities

Through their ethical behaviour CAs can be a force for good. We speak to ICAS Ethics Board member, Tom McMorrow, about how CAs can use The Power of One to put ethics at the core of business practices.

The Power of One, launched by ICAS in 2015, calls for CAs to show ethical leadership and help shape the culture and values of their organisation. By putting ethics at the heart of what they do, CAs can be a key component in rebuilding trust in business.

Tom qualified as a solicitor and worked with ICAS for around 17 years dealing with professional conduct matters, and latterly becoming ICAS’ General Counsel. After a period with the Crown Office’s serious financial crime unit, he then joined Baker Tilly (now RSM) as Director of Policy and Regulation, and also acted as the firm’s Ethics Partner for ten years.

How have you put The Power of One into practice and used it to place ethical leadership at the heart of your professional responsibilities?

In a career of around 40 years in law and accountancy, what often comes to mind are the occasions when an unforeseen challenge to one’s personal integrity have arisen. Challenges such as these are inevitable in the life of anyone engaged in professional services and as is so true of any challenge in life, it is not the fact that it happens but how you deal with it that is important.

On the face of things, a challenge to integrity presents as a straight forward issue - do the right thing and avoid the bad thing – but the facts and circumstances applying to many ethical challenges are much more nuanced and it sometimes needs the application of ‘ethical intelligence’ to know that a quasi-ethical situation is in play in the first place; in order to decide the right course of action, you need first of all to recognise that there is an issue. Personal intuition only takes you so far – training and learning-resources are just as important – personal intuition can be ‘taught’ through awareness-training. It’s in this context that The Power of One has such an important role to play, ‘sharpening’ intuition in a way that, left unnurtured, will leave a professional dangerously exposed.

In a sense, the development of regulation, far from having done little to assist intuition, has detracted from it; good ethical decision-making is a function of knowing the applicable principles of good professional conduct whereas regulation has traded principle for specification of practical circumstance. This is especially true of auditor-independence regulation, where ethical decision-making based on the application of principle has been down-graded in favour of circumstance-by-circumstance prescription. Ethics and ‘independence-ethics’ are different things, but we have conflated the two, which is why ethics-principles training and learning-resource are so important. We can’t expect young professionals to have confidence in their intuition unless we help them hone it.

As I look back these past three or four decades, it strikes me how often the very best and most commercially-successful professionals I’ve ever known were also the ones who behaved so impeccably ethically. That sort of empirical evidence (and we all have our own professional acquaintance examples) is just so persuasive, so it follows on foot of that realisation that the right way to run a modern professional services firm is to provide it with an ethical satnav that it can rely on.

How has this helped you shape the culture and values for the better at organisations in which you have worked?

For about ten years, I sat on the Complaints Committee of a professional body in another jurisdiction and throughout that time I was constantly struck by the fact that, when professionals get into trouble, it’s by and large either because of a breach of integrity (a ‘sin of commission’) or because of a breach of the obligation to be competent in work (a ‘sin of omission’). Sometimes, a failure in competence manifests simply because a practitioner, through pressure of work, has cut a corner; very understandable, but an instance of where fracturing the competence duty results in an integrity breach.

Applying those committee experiences to my personal experience of practice has created a valuable ‘currency’ for me as an older practitioner – a currency I have tried to apply for the benefit of the organisation I work for. Reading The Power of One was an epiphanous moment for me, helping me grow an affinity with the organisation’s culture and the need for a sound tone-at-the-top to be woven through its structure: a bellwether for a culture of integrity. Society is in an anti-professional phase, so it follows that an integrity-based culture is a lot more than a nice-to-have for a professional services firm.

Why is it important for CAs to put ethics and The Power of One at the heart of everything they do?

Credibility as a professional is a function not merely of technical competence but fostering an expectation of reliance on the client’s part. A client’s relationship with a professional is not only functional but based too on the attraction of buying security and peace of mind. Competence and reliance underscore the client-professional relationship, a point which professionals of any age should keep in mind; awareness of The Power of One is as useful to a tax practitioner as Tolley’s and as useful to an auditor as the ISAs.

How can CAs use their CA qualification to be a force for good in society and help rebuild public trust in business?

Professional firm-structures can be used to achieve a number of aims well beyond the purely commercial. It has been striking to me to witness how much good is being done collectively by firms in terms of social inclusion, not simply for the purpose of bringing young people from disadvantaged backgrounds into a career that has formerly been thought of as quite preclusive, but also in terms of preparedness to help young people into any worthwhile career.

I remember being at an ICAS President’s Dinner attended by a number of ICAS Foundation students, who shared their experiences and their hope to progress into CA training. What struck me in the course of a very moving occasion was the contribution made to the welfare of these young people by the unpaid mentors, experienced members assigned by the ICAS Foundation to them, one-on-one.

By common assent, this mentoring feature has been a runaway success. Almost all students coming through the route reach graduation and, conversely, many have gone on to professional exam performances of distinction. It will be by professionals bringing their skills to bear for the benefit of third parties that a lot of trust can be earned, and it can be done everywhere; for example, the very necessary levelling-up that needs to take place in disadvantaged areas in the UK can be assisted by CAs animated by The Power of One.

What advice would you give to other CAs to help them follow The Power of One and have the ‘moral courage’ to speak up and influence the culture of organisations in which they work?

Find out more about The Power of One here.

Read about the experience of one CA and their ICAS Foundation mentee in the February 2021 CA Magazine. 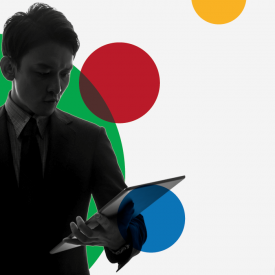 Using The Power of One to build public trust