A Common Sense Guide to the Bribery Act 2010

Guidance for Members and Others in Business

The Bribery Act 2010 became applicable on 1 July 2011. The introduction of this Act put the UK at the forefront of the fight against corruption and has already resulted in action being taken.

Recognising the impact of the Act, the ICAS Ethics Committee produced guidance to assist members and others in organisations to ensure that they have properly assessed the risks to their business. In a number of cases the risks may be small but businesses should ensure that they maintain their vigilance. Additionally, many smaller businesses are now doing business with entities in markets around the globe, some of which are located in countries which do not have a good track record on fighting corruption.

The key is to ensure that the assessment of any bribery risks that may exist forms part of a business's overarching business risk assessment process. Proportionality is one of the 6 key principles identified in the Ministry of Justice's guidance. This must be viewed however, not purely in relation to the size of the entity but rather the markets and areas of the world in which the entity operates and the complexity of its operations.

The guidance is designed to assist members and others in business to mitigate the risk that their respective organisation will be charged with an offence under the Bribery Act 2010.

Please also note that ICAS has a Bribery Act compliance centre which organisations will find very useful in ensuring compliance with the requirements of the Act. 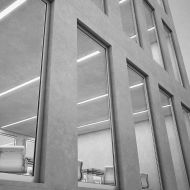