The Institute of Chartered Accountants of Scotland is pleased to announce the publication of "Chinese Accounting Reform: Towards a principles-based global regime".

The report provides a fascinating insight into China's adoption of IFRS-based standards and broadens the principles versus rules debate beyond Europe and the USA.

In 2006, ICAS published its seminal report "Principles Not Rules: A Question of Judgement". That report set out the case for a single, global accounting regime based predominantly on high level principles rather than rules. If we are truly to develop a single accounting language for the world, we must broaden the debate beyond simply Europe and the US. The aim of this project was therefore to embrace China in the debate on the development of financial reporting standards. The objectives were:

The report highlights the achievements of China in adopting IFRS/principles-based standards and includes recommendations for further consideration in China, for the IASB and for the global profession.

Commenting on the report, Alan Thomson, ICAS President, said: "For China, introducing these new standards represented a radically different approach at a time of fast-moving reform in the economy. The magnitude of this step cannot be overstated. It marks a watershed moment not only for China, but also for the development of accounting standards more widely.

"China's experience provides a useful example for other countries and will help broaden the principles-rules debate beyond Europe and the USA."

He adds: "Since the accounting standards are principles-based and the implementation of these standards needs more professional judgement, accountants are facing challenges in respect of their knowledge and experience. Based on our interviews with key stakeholders in China, it is clear that convergence of financial reporting is unlikely to be achieved without the simplification of IFRS and a clearer framework to explain how principles-based judgements can be arrived at."

Welcoming the ICAS report, Liu Yuting, Director General of Accounting Regulatory Department, Chinese Ministry of Finance said: "We welcome the fact that this important report recognises the achievements that China has made in moving towards a principles-based accounting regime in line with IFRS developments.

The enthusiasm from the Ministry of Finance and related regulators and their shared effort ensured the successful establishment and implementation of the new Chinese accounting standards, which converge with IFRS.

The newly issued Roadmap for Continuing Convergence of the Chinese Accounting Standards for Business Enterprises ("ASBEs") with the International Financial Reporting Standards ("IFRSs") again expresses our commitment to a single set of high-quality global accounting standards. I hope that our experiences in the accounting standards establishment, convergence and implementation can be useful to other countries."

Do we need a roadmap for financial reporting? 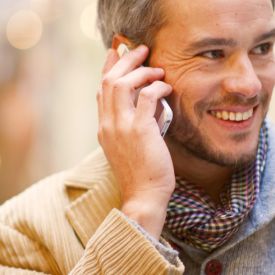