The approach adopted and key elements of the ICAS feedback to the FRC’s call for views on FRS 102.

Financial Reporting Standard (FRS) 102 (UK and Ireland) is a standard that is used by many chartered accountants, whether in practice or in business. This standard was introduced for accounting periods commencing on or after 1 January 2015 to better align the former UK Generally Accepted Accounting Practice (UK GAAP) with International Financial Reporting Standards (IFRS). This was achieved by utilising the IFRS for Small and Medium Entities (SMEs) Standard  as the basis of the standard, which was subject to specific tailoring to better meet the characteristics and needs of those entities in the UK who are entitled to use the standard.

ICAS welcomed the introduction of FRS 102 as we had long pursued a strategy over several years of seeking to move UK GAAP closer to IFRS. UK GAAP at that time had become no longer fit for purpose and was a mismatch of accounting standards developed under different conceptual models. The more cohesive and globally aligned approach brought about by FRS 102 also had the benefit of assisting students who were being educated on full IFRS standards, but in practice might only have been using UK standards, which made things more complicated than necessary. Whilst FRS 102 is not fully aligned with IFRS, it is closer aligned than the previous UK GAAP had been.

Once issued, UK and Ireland accounting standards, including FRS 102, are subject to periodic reviews, at least every five years, to ensure they remain up-to-date and continue to require high-quality and cost-effective financial reporting from entities within their scope. FRS 102 has evolved since first being introduced, with updates made at regular intervals based on learnings from its application. Revisions that have been made since its introduction include those on directors’ loans, investment properties, and fair value hierarchy disclosures.

As part of this ongoing process, in March 2021, the FRC sought feedback from stakeholders to help inform its next periodic review of FRS 102 (and other UK and Ireland accounting standards). To assist ICAS in formulating its feedback to the FRC, as well as receiving considerable valuable input from the ICAS Corporate and Financial Reporting Panel, which led on this initiative, we undertook outreach activities with a number of our stakeholder firms and other subject specialists from across ICAS, namely those involved in the pensions and charities space.

Since FRS 102 was previously reviewed and updated, key IFRS standards that have come into effect are:

All these standards have had considerable impact. The FRC therefore has to consider to what extent the content of these standards will be reflected in the proposed revised FRS 102. The outreach undertaken by ICAS highlighted that greater harmonisation with IFRS standards would enable greater comparability and consistency, but specific concerns were raised about greater harmonisation with IFRS 9 and the challenges that might present. The feedback was generally supportive of IFRS 15 and 16 but highlighted areas for refinement if a decision is made to incorporate elements of these standards into the next version of FRS 102.

Feedback also resulted in ICAS suggesting some improvements to the current approach in FRS 102 and set out some of the practical challenges associated with its current application. For example, it was suggested that the content of Appendix E in Section 1A of FRS 102 could be replaced by more principles-based disclosure requirements to ensure that the true and fair view requirement continues to be met. It was also felt that the FRC should consider whether further clarification is required on the use of discounting, either in the standard itself or in supporting application guidance.

The need for the FRC to consider sector specific issues was also highlighted. This includes the need for the FRC to engage with bodies such as the respective charity regulators in the UK, as that could lead to better consideration of whether there should be differing requirements for charities depending on their size. Additionally, areas for improvement were also identified in the FRS 102 requirements on how an employer must account for its relationship with a multi-employer pension scheme.

It also enabled ICAS to highlight matters that were identified during our outreach as the potential future challenges of applying a version of FRS 102 that is more aligned with certain IFRS Standards. Finally, we also set out some thoughts that are of a longer-term nature covering the “end-game” of convergence with IFRS.

The input from members was extremely helpful in helping ICAS to respond to the FRC.

Such input is an essential feature of the policy work at ICAS and, by working together, we can help to ensure that not only do accounting standards remain fit for purpose but also are proportionate on those entities that have to apply them. The role of the chartered accountant cannot be underestimated in that regard, and we greatly appreciate the feedback from those who participated in this initiative.

The FRC is now considering all the feedback that it received from this call for views. It is expected to issue an exposure draft of the proposed revised standard in 2022, with the finalised updated standard expected to take effect for accounting periods commencing on or after 1 January 2024. 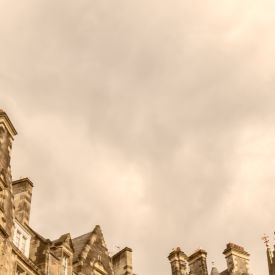 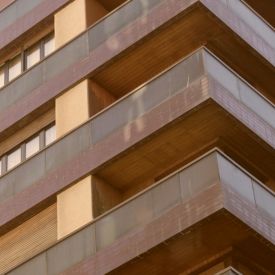 Climate change reporting to be mandatory for largest UK entities