Making Tax Digital: The future and the virus

Philip McNeill contrasts the impact, focus and roll-out of the Coronavirus Job Retention Scheme and Self-employed Income Support Scheme in the context of Making Tax Digital.

Facing the largest health and economic crisis of our times, the Government turned to HMRC to deliver key business support measures to employers, employees and the self-employed. How HMRC performed, interacted with agents and businesses and reached the target audience has a lot to say about digital tax.

Coronavirus Job Retention Scheme (CJRS) and Self-employed Income Support Scheme (SEISS) have been implemented in record time by HMRC. The extraordinary effort that has been put in HMRC must be acknowledged.
The impact of these schemes will be immense in terms of economic recovery in the UK. If we look at the detail however, we begin to see divergence in how the schemes have been effected and their ability to provide targeted support to the workforce.

On the face of it, income base for CJRS and SEISS initially looks similar at 80% of basic earnings for CJRS and 80% or average profit for SEISS. But looking at the detail shows remarkable differences.

The starting point for CJRS is the employee’s last pay period before 19 March 2020. Whereas for SEISS it is the three year average from 2016 to 2019.

This means that CJRS payments are likely to relate fairly closely to an employee’s current financial circumstances, whereas by contrast SEISS may bear little relation to what is going on now.

The SEISS base is unlikely to reflect applicant’s current economic circumstances for a number of reasons:

The SME sector is very volatile and many ‘leavers and joiners’ – therefore many businesses will be gearing up or winding down. Three-year averages based on what was happening back in 2016-17 is very unlikely to reflect current economic performance.
This affects both eligibility and trading income:

2.Use of taxable profit and not accounting profit

Many tax rules, from cash accounting to capital allowance Annual Investment Allowance mean that reported taxable income is not a clear reflection of economic business performance.

3.Commencement and cessation dates are not taken into account

One conclusion that could be drawn here, is that something nearer real-time reporting might have provided better loss of earnings indicators. Until this is available an alternative scheme, such as Universal Income, might have provided timely assistance, particularly to those in low-income self-employment.

Real-time reporting under RTI enabled HMRC to have up to date, relevant information as well as assurances against fraud. HMRC already held information on which individuals were normally on the payroll, which agents normally submitted returns and it held a track record of submissions from employers.

This provides a significant degree of independent verification against opportunistic claims and scams.

Modern work patterns can be complex involving multiple employments, self-employment and other sources of income such as pensions and property income. Often, self-employment is used as a top-up to employment. This may be a response to a high cost of living in particular areas of the country or to balance a relatively low-paid or unstable employment.

For example, an individual might have a zero-hours contract supplemented (if permitted) by part-time employment and occasional freelance work. This model of working is not well supported either under CJRS or SEISS.

SEISS has an eligibility criterion that trading income must be at least equal to non-trading income. For someone with multiple income sources, or top-up self-employment, this condition might be difficult to meet. Yet their circumstances reflect the modern workplace.

It is perhaps simply a feature of the lack of information available to HMRC, or a desire to exclude ‘hobby trades’. Again, it is arguable that real-time reporting might enable a different approach.

Yet there are challenges here. Until the basis period issue for trading income is resolved – and all income can be reported in real-time, real-time reporting of trading income alone will not provide the benefits of time-saving or certainty envisaged.

(The basis period issue is that for self-employment income, accounting periods, which may run to any month-end need to be matched to income tax years running to 5 April. The matching rule – that the accounting year ending in the tax year is treated as the income of that tax year – leads to a lag. For example, the trading year to 30 June 2020, falls in the tax year to 5 April 2021, but so does the trading year to 31 March 2021 – which started nine months later. Hence earnings in one tax year can be taxed in the following tax year – which means that real-time reporting will not of itself produce certainty over tax liabilities.)

Business owners create jobs for others and energise the business economy. It is worth noting in passing that neither SEISS nor CJRS are particularly well targeted for the class of business owner operating via a close company (broadly ones with five or fewer main participants), partnership or sole tradership.

This is due both to differences in the schemes, historic remuneration structures and higher earnings patterns.

A key feature of CJRS was the involvement of agents. Payroll agents could apply for CJRS on behalf of the firms they normally serviced and deal with the associated administration. While some features of administration caused difficulties – primarily the lack of a bulk upload option for payrolls with under 100 employees – by and large the process has worked.

This must, at least in part, be attributed to the fact that there was an ‘existing peg’ on which to hang the scheme. The RTI system already existed. Payroll agents had, in most cases been duly authorised and had access to all the information and HMRC systems necessary. Security checks had been made and the system was ready to go.

This background digital environment must have assisted with the speedy roll-out of the system, which impressively delivered payment to employers within a remarkable short period of time. It is a credit to HMRC that the system was made operational on such a short timescale.

By contrast, agents were not permitted to make SEISS applications on behalf the self-employed clients. Whatever the explanations, this is a disappointment and source of frustration. Agents are being asked to do the impossible – to assist clients with interpreting the results of the SEISS eligibility checker, when they were not given access to the figures used in the calculations.

Agents found themselves trapped between clients who expected and wanted (or even needed) agents to make applications for them, yet being total unable to access the system.

Clients were faced with registering for Government Gateway, not a straightforward issue in many cases. Many reports have come through to ICAS of clients with non-UK passports, or without credit histories, lacking computers or internet access trying at breakneck speed to set up and operate Government Gateway accounts.

How much simpler this might have been if agents could have been enabled to take the role their clients would like them to have and which HMRC Customer Charter surely envisages, of the right to appoint your agent of choice to deal with HMRC on your behalf.

The comparison of CJRS and SEISS highlights the importance of digital taxation. So, what of the recently published HMRC research? In particular, what does it show about tax agents?

In the middle of March, HMRC published the result of eight research projects into Making Tax Digital covering the period from 2016 onwards. An overview of Making Tax Digital, focussing mainly on the introduction of MTD for VAT was also published.

While the detail has been reviewed in another article, it is clear that there is mixed messaging. Much of the focus is on direct taxpayer to HMRC contact, and while the importance of agents is noted, it is far from central. Given the central place of agents in the business community, the role of agents needs to be place clearly in the centre when it comes to digital tax.

Times of crisis are likely to stress-test systems, models and businesses. There is no time for preparation. It is necessary to use that which is at hand. The roll out of CJRS and SEISS has been impressive, yet one can’t but wonder if digital tax systems has been more agent orientated, whether some of the burden could have been more effectively shared.

For more information on the latest COVID-19 developments related to business and practice, visit the ICAS coronavirus hub. 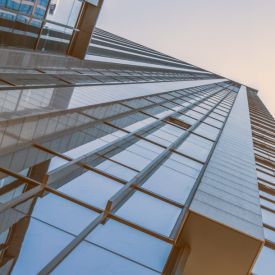