Advice for members if you suspect a fraudulent JRS claim

Advice for members on what to do if you suspect, or have knowledge of, a fraudulent JRS claim

We have already had a number of queries seeking advice about what to do if you suspect or have knowledge of a fraudulent Job Retention Scheme (JRS) claim, such as where employees are still working.

Suspicion or knowledge after submission

If a member becomes suspicious or gains knowledge after they have submitted a claim on behalf of a client, they should do a suspicious activity report (SAR) for suspected fraud.

If a member becomes suspicious that a claim is fraudulent before they have submitted a claim, they should not file the claim immediately, and should advise the client that making a false claim would be fraud and ask the client to confirm its accuracy. If the client amends the claim, or confirms that the claim is accurate, and the member has no ongoing concerns about the truth of that statement, then the member may submit the claim, and no further action is required.

However, if the client amends the claim and/or confirms that it is correct, and the member still has concerns that this may not be the case but has no actual knowledge that it is wrong, then the member may submit the claim but only after filing a SAR for suspected fraud and seeking and receiving a defence against money laundering (DAML) under s333 of Proceeds of Crime Act (POCA). Failure to do so would leave them liable to prosecution under s328 POCA for making arrangements to facilitate money laundering.

A DAML is rarely granted and is usually declined within 48 hours, although the National Crime Agency (NCA) has up to seven days to respond. If no response is received within 7 days, a DAML is deemed to have been granted.

If a DAML is not granted, members should inform the client that they are unable to submit the claim, and should consider whether they wish to continue acting for the client, or whether disengagement from payroll services and/or some but not all other services provided is appropriate.  Care should be taken not to tip the client off when disengaging, and further advice on this can be obtained from Jeremy Clarke on 0131 347 0255.

It is important to note that even if a DAML is granted, that is a defence against POCA offences, not against being art and part in a crime. Therefore if the member has certain knowledge that a fraudulent claim is about to be made, rather than a mere suspicion, the member should take the following course of action.

Submitting a claim in the knowledge that it is fraudulent would render the member liable to prosecution under s328 POCA 2002, and also for being art and part in a criminal enterprise (in Scotland) or accessory before the fact (in RoUK).

Members should always bear in mind the obligation to avoid tipping a client off once a SAR has been made. For the avoidance of doubt, warning a client that making a fraudulent claim is a criminal act is not tipping off – telling them that you have made a SAR is considered tipping off.

In any of the above scenarios, there is no obligation to report direct to HMRC or the police, and the Criminal Finances Act 2017 does not apply as the JRS is a government grant, not a tax relief. 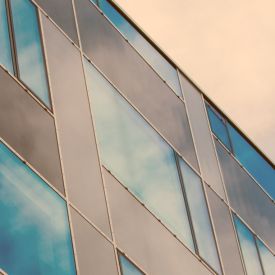