Relevant accounts for section 179 valuations due by 31 March 2020

By ICAS and ICAEW

For the pension trustees preparing relevant accounts for section 179 valuations due on 31 March 2020 and their auditors, the COVID-19 outbreak presents some significant challenges.

The ICAS Pensions Panel and the ICAEW Pensions Sub-Committee have worked together to prepare the following article to assist both trustees and auditors meet their responsibilities.

About relevant accounts for section 179 valuations

Pension trustees are required to prepare relevant accounts for the scheme actuary so that pension schemes, as levy payers to the Pension Protection Fund (PPF), can submit their contingent assets documents.

Section 179 is a Pensions Act 2004 provision which requires defined benefit (DB) pension schemes to undertake a valuation to establish the level of scheme assets and liabilities on a PPF funding basis and so determine the level of scheme underfunding that is used in the risk based levy calculation.

The scheme actuary cannot complete a section 179 valuation without the scheme’s relevant accounts.

A PPF funding basis, also known as a section 179 basis, is the level of funding needed to pay pension benefits (known as compensation) if the sponsoring employer becomes insolvent and the scheme enters the PPF.

It is custom and practice for relevant accounts to be prepared in accordance with the version of the Pensions SORP and FRS 102 applicable to the reporting period. In addition, a shorter trustees’ report than is required to accompany the scheme’s annual accounts is also needed.

About the current situation

Trustees and auditors are working towards relevant accounts being ready by 31 March 2020 deadline for section 179 valuations.

However, completing the relevant accounts on time in the context of the COVID-19 outbreak is more challenging and the PPF has recognised that this deadline may not be met.

The PPF has a webpage dedicated to providing information for levy payers during COVID-19. At the time of writing this page contains the following statement about extensions:

“We can’t formally approve extensions to our levy data deadlines in advance, because they are set in our rules. We understand that schemes might not be able to finalise documents because key individuals are unwell or in self-isolation, or for a comparable reason you submit your documents after the deadline.

We’ll consider the circumstances and where it’s reasonable and efforts have been made to keep the delay to a minimum, we’ll accept them. You’ll need to give reasons for your late submission when you send it.”

While the PPF may change its position, and trustees and auditors should be monitoring the PPF website for any further information, it is not clear whether difficulties completing the relevant accounts due to delays in arriving at judgements on accounting and auditing matters may be viewed by the PPF as a reason for missing the deadline. Trustees and auditors can also contact the PPF to discuss any issues.

Please be aware that there is additional material on the PPF website for levy payers during the COVID-19 outbreak, including:

What are other regulators doing?

Other regulators have taken a more flexible approach. For example, the Financial Conduct Authority (FCA), Financial Reporting Council (FRC) and Prudential Regulation Authority (PRA) issued a joint statement, on the 26 March in which they announced a series of actions to ensure that information continues to flow to investors and to support the continued functioning of the UK’s capital markets.

Most significant among the actions in the joint statement is the announcement by the FCA of a two-month extension for listed companies to publish their audited accounts, giving them six months rather than four months to publish from their financial year-end.

The joint statement followed a request a few days earlier, by the FCA, that all listed companies observe a moratorium on the publication of preliminary financial statements for at least two weeks. This request was made on the grounds that:

“It is important that due consideration is given by companies to these events in preparing their disclosures. Observing timetables set before this crisis arose may not give companies the necessary time to do this.”

Also, on 26 March 2020, the London Stock Exchange (LSE) set out temporary changes relating to an AIM company’s obligation to publish annual audited accounts in accordance with the AIM Rules.

AIM companies with financial year ends between 30 September 2019 to June 2020 will be able to apply to AIM Regulation for a three-month extension to the reporting deadline for the publication of its annual audited accounts pursuant to AIM Rule 19. The request for an extension must be made to AIM Regulation by the nominated adviser, prior to the company’s current AIM Rules reporting deadline.

The LSE announcement follows on from the Companies House announcement on 25 March that (unlisted) UK companies can apply for a three-month extension for filing their annual accounts.

Other things to think about

By now audit firms are likely to have developed an approach for signing off auditor’s reports on relevant accounts which satisfies their own risk management arrangements or will be very close to doing so.

Nevertheless, pension trustees and/ or pension scheme auditors will most likely have needed to consider the following matters.

Responsibility for the pension scheme accounts

It is the trustees, as a body, who are responsible for the pension scheme accounts. This means it is their responsibility to ensure that the accounts give a ‘true and fair view’ in accordance with the financial reporting framework i.e. section 179, the Pensions SORP and FRS 102 combined.

Auditors are likely to be emphasising this responsibility to trustees more strongly than they have previously and this is likely to be demonstrated by the level of emphasis placed on the quality of the trustees’ going concern assessment by the scheme auditor.

The going concern basis of accounting is normally required for the accounts to give a ‘true and fair’ view but both trustees and auditors need to consider in detail the extent to which the COVID-19 outbreak impacts on the basis of preparation.

Is the going concern basis appropriate?

Pension scheme accounts are stewardship accounts primarily intended to record and report on scheme investments, with the trustees having a fiduciary duty towards the beneficiaries of the scheme. However, the going concern basis is assumed in the preparation of pension scheme accounts unless a decision has been made to wind up the scheme or an event triggering its wind up has occurred.

Trustees and auditors will therefore need to consider whether the going concern basis remains appropriate or whether a material uncertainty should be disclosed.

Trustees are likely to have been asked to provide the auditor with additional evidence to support their going concern assessment prior to sign off the relevant accounts. Good quality information is needed from the employer to support the assessment.

Most audit firms have prepared a going concern/ COVID-19 checklist to help trustees think through the issues and gather good quality evidence for their auditor.

It is important that at time of great pressure that professionally qualified accountants who are trustees or who are preparing or auditing pension scheme accounts comply with their professional body’s Code of Ethics.

In addition, auditors must comply with the FRC’s ethical standard. 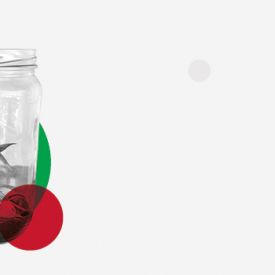 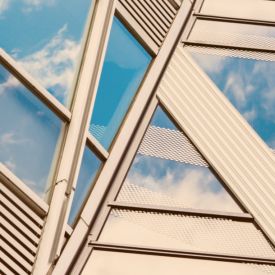