On 28 March 2020, the UK Government announced plans to bring forward legislation to introduce new measures to aid restructuring of companies.

The overarching objective of CIGA 2020 is to provide businesses with the flexibility and breathing space they need to continue trading and avoid insolvency during this period of economic uncertainty.

A series of articles has been produced looking at the various measures introduced by CIGA 2020. This one focuses on winding up petitions and statutory demands.

These are temporary measures due to expire on 30 September. That period may be extended by secondary legislation for a further six months if the government considers it to be necessary and appropriate.

A statutory demand is a possible first step of the insolvency legal process in which a creditor presents a company with a written demand requiring payment of an unpaid debt. Where a statutory demand is unpaid that can be used by the creditor to demonstrate to a court that a company is unable to pay its debts and used as grounds to present a winding up petition to force the company into liquidation.

Insolvency proceedings of this nature are not intended to be used as a tool for debt collection but are to deal with financial failure and tackle companies that are no longer viable. Once a statutory demand has been made, if the outstanding debt is not resolved within three weeks, the company is considered to be unable to pay its debts and winding up proceedings can ensue. A statutory demand therefore poses a significant threat to the existence of the targeted company.

It also creates an additional condition during the period 27 April 2020 to 30 September 2020, that any creditor asking the court to make a winding-up order on the grounds of inability to pay debts must demonstrate to the court that the company’s inability to pay its debts has not been caused by the coronavirus pandemic.

The burden of proof appears to fall on the creditor here which will lead to some questions as to how feasible it will be for a creditor to meet this condition in most instances and indeed how the courts will approach this.

This provision is retrospectively applied from 27 April so that any order for winding up made from that date, but before the day on which CIGA 2020 came into force, may be subject to review.

In these circumstances the court can give directions as it thinks fit for the purpose of restoring the company to the position it was in immediately before the petition was presented.

Provisions are also included at Section 10 of CIGA 2020 to the effect that, where the commencement of winding-up is delayed as a result of this measure then, in order to protect creditors from losses, the periods in which certain pre-liquidation transactions can be overturned may extended backwards by up to six months.

This extends to transactions such as unfair preferences, gratuitous alienations and avoidance of certain floating charges.

The retrospectivity of the legislation has the potential to cause particular difficulties in practice. For example, how will the court approach and make provision for the restoration of a company to the position it was in immediately prior to the position being protected?

Any liquidator appointed to a company during the relevant period might wish to consider how they should proceed in the interim period, in light of potential review challenges. Should interim liquidators defer seeking appointment as liquidator as only an interim liquidator is required to refer a petition potentially caught by this provision to the court?

The early government announcement of their intentions to introduce this legislation, and in Scotland the closure of the courts to normal business for a prolonged period of time, may have limited the instances in which winding up petitions have been lodged during the relevant period. The number of petitions to which the provisions may apply again may be limited.

Visit the ICAS coronavirus hub – a central source of information and resources for members, practice and business. 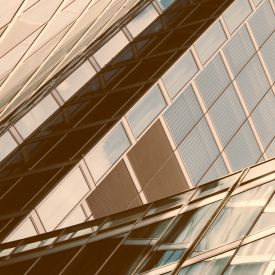 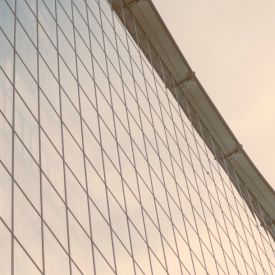