Information issued for auditors and firms during the Brexit transition period

We summarise information for external auditors and firms regarding the Brexit transition period jointly issued by the FRC and BEIS.

The UK Financial Reporting Council (FRC) and the Department for Business, Energy and Industrial Strategy (BEIS) published on 14 February a joint letter. This contained information for external auditors and firms as the UK left the European Union (EU) on 31 January 2020 and we are currently in a transition period (TP).

The letter emphasised that there is no change for UK and EEA (European Economic Area, which encompasses the current 27 EU members and also Iceland, Norway and Liechtenstein) auditors and firms, and their clients during this TP which ends on 31 December 2020.

The information provided in the letter is relevant for the TP only. When this period ends on 31 December 2020, further advice and guidance on the changes that come into effect after the end of the TP will be issued by BEIS.

Main points
The main points of the letter are summarised as follows:

Those with a UK audit qualification and who were permitted to carry out audit work in the EEA before 31 January 2020 will still be able to practice during the TP. What the position will be after 31 December 2020 is not known at present and is dependent upon negotiations with the EU. When the outcome becomes clearer, it is the intention of BEIS and the FRC to issue further guidance.

Audit reports on companies within the EEA and that are due to be signed off and published during the TP will remain unaffected. With the UK now having left the EU, it has become known as a “third country” to the European Union;  however, there is no immediate requirement for UK audit firms that carry out audits of non-EEA companies (which includes UK companies) listed on an EEA-regulated  securities market to register as a “third country auditor”. An example of a “third country auditor” would be a UK audit firm with a UK audit client which has shares and debt traded both on the London Stock Exchange and also say the Paris and Frankfurt stock exchanges. Following the end of the TP, UK audit firms undertaking the audits of non-EEA incorporated companies (which includes UK incorporated ones) with securities traded on an EEA-regulated market, will then be required to register with the relevant EEA competent authority to obtain accreditation as a third country auditor.

There will be no change during the TP for group auditors of groups (including those where the parent company is based in the UK) that comprise companies across both the EU and the EEA.

The EU Audit Regulation and Directive will continue to apply in the UK during the TP as it did prior to 31 January 2020. After the end of the TP, the Audit Regulation will still apply, subject to amendments, as information relating to UK retained EU law will be issued later by BEIS on how this retained EU law will apply in the UK after the end of the TP.

During the TP, people with a UK audit qualification will still be recognised as being entitled to be owners and managers of EEA-based firms.

During the TP, the audit committee requirements for all UK PIEs (Public Interest Entities as defined in S519A of the Companies Act 2006) issued by the Financial Conduct Authority (FCA) and also those by the Prudential Regulation Authority (PRA) will still apply. These requirements originated in the EU Audit Directive.

Information issued for accountants during the Brexit transition period 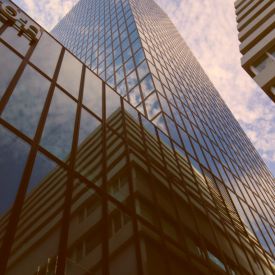