Information for auditors and audit firms regarding arrangements from 1 January 2021.

The UK has left the EU, and the transition period after Brexit comes to an end at 2300 on 31 December 2020. In preparation, the UK Government has issued letters to audit firms and auditors to explain the arrangements that will be in place for auditors and firms from 1 January 2021.

These letters set out in detail the changes that were covered in the BEIS presentation on YouTube.

BEIS is also running a live webinar for the audit and accounting sectors on 15 December 2020. There will be a chance for a Q&A. Please register on Eventbrite to join the webinar.

The following is a summary of some of the key points. Reference should be made to the actual letter for the full details.

BEIS highlights that, at the time of writing, the European Union (EU) has not reached ‘equivalence’ or ‘adequacy’ decisions in relation to the UK under Articles 45-47 of the Audit Directive. If the EU makes a positive equivalence decision, a UK auditor that registers as a third-country auditor in an EEA state may be exempt from quality assurance by the competent authority in that EEA state with respect to any audit work it has conducted for an entity that is both incorporated in the UK (or elsewhere outside the EEA) and lists its securities on a regulated market in that EEA state.

If an individual is not currently approved to conduct statutory audit work in an EEA state but wishes to do so on the basis of a UK qualification after 1 January 2021, they may place an application before the end of the Transition Period with the relevant EEA competent authority to sit an aptitude test or complete an adaptation period. They may then sit the test or complete the period after 1 January 2021 in order to conduct statutory audit work in the relevant EEA state. Unless an individual is a ‘frontier worker’, residence in the relevant EEA state will normally be required to exercise this right, although this may vary on a case by case basis. These arrangements are based on the ‘Withdrawal Agreement’  negotiated between the UK and European Union, which sought to protect the rights of UK nationals who practised their profession in another jurisdiction while the UK remained a member of the European Union. After 1 January 2021, statutory auditors who are not covered by these arrangements may not be eligible to practise in an EEA state on the basis of a UK qualification. BEIS will provide further information if this position changes as a result of negotiations between the United Kingdom and European Union or as a result of any future agreement between the FRC and competent authorities in EEA states to recognise one another’s qualifications. It is also worth noting that the provisions of the Withdrawal Agreement do not apply to third country nationals practising in an EEA state on the basis of a UK qualification. If an individual falls into this group, BEIS advise to contact the relevant EEA competent authority to establish what, if any, steps may be needed to continue to be recognised to conduct audit work.

Please note that this section does not apply to individuals working in the Republic of Ireland (ROI) on the basis of UK qualifications. The statutory framework for this group is the responsibility of the ROI Government and BEIS advise individuals seeking further information to contact the Irish Auditing and Accounting Supervisory Authority (IAASA), who are responsible for implementing that framework alongside Recognised Accounting Bodies. However, it may be useful to note that BEIS understand that individuals who are included, or who apply to be included, in the ROI audit register will continue to be able to sign the audit reports of ROI entities on a temporary basis until such time as a change is made in ROI legislation. Once that legislation is passed, BEIS understand that UK statutory auditors may have their ROI audit registration removed and may need to re-apply for ROI audit registration. This re-registration will be conditional on individuals passing an aptitude test in ROI tax and law unless the test is waived by a Recognised Accounting Body on the basis of having sufficient recent experience conducting audits of ROI entities. Re-registration will also be conditional on there being an agreement between FRC and IAASA on reciprocal arrangements for recognition of UK and ROI qualifications.

After the Transition Period, UK audit firms will only continue to be approved by the Recognised Supervisory Bodies (RSBs) if the majority of the voting rights are held by, and if the majority of a firm’s management board consists of:

Under these arrangements, individuals may be recognised and participate in a majority on the basis of their EEA qualification if they have previously passed an aptitude test or if their qualification met requirements that meant no test was required. If they have not yet passed an aptitude test, they may participate in a majority if they make an application before the end of the Transition Period to sit a test and then pass it after the Transition Period has ended. UK firms should also note that they will no longer be able to include EEA audit firms in the required majorities unless they are approved in the Republic of Ireland and registered with a UK Recognised Supervisory Body

After the Transition Period, a UK audit firm not approved in the EEA that carries out the audit of a non-EEA incorporated company (which will include a UK company) with securities admitted to trading on an EEA regulated market, will need to register with the relevant EEA competent authority as a third country auditor.

Audit firms affected should contact the competent authority in the country where the client is admitted to trading for further information about the application process to register as a third country auditor. It may be that registration is required in an EEA state for financial years beginning before the end of the Transition Period if audited accounts are due to be published after the end of the Transition Period.

Similarly, though only for financial years beginning after the Transition Period, an EEA audit firm that is not approved in the UK and that carries out the audit of a non-UK incorporated company with securities admitted to trading on a UK regulated market, will need to register with the Financial Reporting Council (FRC) as a third country auditor.

Details of the registration process are available on the FRC website.

EEA audit firms affected should contact the FRC for further information about the application process to register as a third country auditor.

On 10 November 2020 BEIS laid regulations before parliament granting audit regulatory equivalence to the EEA States. This means that less registration information will be required by the FRC and will mean that registered EEA auditors will not be required to be inspected by the FRC.

The EU Audit Regulation (Regulation (EU) No. 537/2014, as amended) will continue to apply after the end of the Transition Period, subject to certain amendments, as domestic, retained EU Law. As previously, the Regulation will apply to audits of Public Interest Entities (PIEs), so it will continue to apply to businesses in the UK that are banks, building societies, insurers and issuers of securities that are admitted to trading on UK regulated markets. However, the definition of a PIE will change so that companies and other entities that were PIEs only because they issued securities on EU regulated markets and not on UK regulated markets, and which are not banks, building societies or insurers, will no longer be classified as PIEs for the purpose of the application of the EU Audit Regulation in the UK.

These changes will affect the application of a range of measures, including mandatory retendering and rotation of auditor appointments, for financial years beginning on or after 1 January 2021. It will also mean that some audit firms that are currently PIE audit firms for the purpose of the Regulation may no longer be PIE audit firms after the end of the Transition Period.

During the Transition Period there has been no change for group auditors of groups that include undertakings across both the EEA and the UK, including where the parent company is UK based. We do not anticipate any significant issues in relation to carrying out such group audits after the end of the Transition Period. This applies both for audits of accounts for financial years beginning before the end of the Transition Period and for financial years beginning after that, so that the group auditor has access to the working papers relating to the audits of the EEA subsidiaries during the audit. However, group auditors should take steps to make sure this access is maintained during the course of the group audit and should take advantage of this ability to access working papers at that stage. After the audit has been completed, the Financial Reporting Council or a group auditor may have difficulty obtaining additional audit working papers for the purpose of an inspection or investigation of the group audit, if additional audit working papers from the audit of an EEA subsidiary are requested and if a positive adequacy decision has not been taken by the EU.

After the end of the Transition Period, non-audit services on the list of prohibited services under Article 5 of the Audit Regulation will continue to be prohibited from being provided to all overseas subsidiaries of UK Public Interest Entities (PIEs) under the amended definition – see above. However, provision of non-audit services to EEA parent undertakings of UK PIEs will not be included in the prohibition, as they are now. Only UK parent undertakings of UK PIEs will be included. These changes are due to an amendment to the domestic, retained EU Audit Regulation, which will take effect for financial years beginning after the end of the Transition Period.

All UK Public Interest Entities (PIEs) (under the amended definition set out in the ‘EU audit regulation’ section of this letter) will continue to be subject to the requirements of either or both of the Disclosure Guidance and Transparency Rules issued by the Financial Conduct Authority (FCA), and other rules issued by the Prudential Regulation Authority (PRA). These requirements, which originated from the Audit Directive will continue to apply after the Transition Period, subject to certain amendments. The amendments mostly relate to exemptions for UK subsidiaries of EEA parents in certain circumstances. While exemptions will continue to be available for UK listed companies that are subsidiaries of UK parents in 7 certain circumstances, they will not be available where the subsidiary has an EEA parent. Further information is available from the FCA and PRA.

UK registered large or medium sized subsidiaries, or small subsidiaries that are not eligible for the small companies audit exemption, with an immediate EEA parent will need to have their accounts audited for financial years that begin on or after 1 January 2021. This is because the subsidiaries audit exemption will no longer be available. These subsidiaries should also check whether they will maintain their eligibility for exemption from producing group accounts for financial years beginning on or after 1 January 2021. Intermediate UK parent companies with an immediate EEA parent may need to produce their own group accounts and file them with Companies House. This is unless they benefit from the exemption by other means - for example, because their EEA parent produces group accounts that are equivalent to those required by UK law. Further information relating to the UK’s accounting and corporate reporting framework for financial years beginning on or after 1 January 2021. 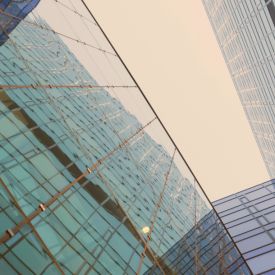 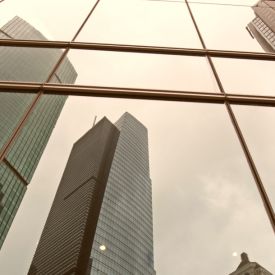