The primary purpose of this instrument is to retain the EU Insolvency Regulation (EU 2015/848) (“the EUIR”) in a form that operates effectively after Exit day. The Regulations maintain a modified version of the EUIR’s jurisdictional tests for the opening of insolvency proceedings that sit alongside the UK’s domestic provisions on jurisdiction rules (Part 1 of the Regulations). The rest of the EUIR, which forms the majority, relies on reciprocity between member States, and so those provisions are repealed.

The Regulations protect the existing powers to appoint a receiver under section 51 of the Insolvency Act 1986 and address deficiencies arising in relation to devolved aspects of cross-border insolvency legislation from the withdrawal of the United Kingdom from the European Union, specifically as regards the application of the EUIR in UK law following EU exit.

Dear IP 116 provides details of changes affecting the insolvency sector from 1 January 2021, as a result of the end of the EU exit transitional period during which EU rules have continued to apply.

The Insolvency Service has published guidance for insolvency officeholders which seeks to provide some basic information regarding the applicable frameworks in the different EU member states, as a starting point towards seeking recognition for UK insolvency proceedings and dealing with assets in the EU.

HMRC has published guidance for IPs who are appointed to businesses which have customs authorisations.

Visit the ICAS Brexit hub – a central source of information and resources for Members, practice and business. 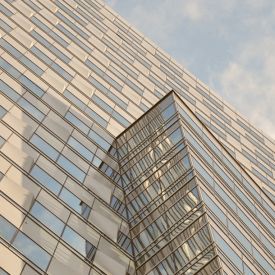