Alison has already reached 90% of her fundraising target of £25,000 and there is still time to sponsor her.

On completing her challenge, Alison said: “This has been the toughest challenge I have ever undertaken. It’s been relentless. Cycle for 10 hours, shower, eat, sleep, cycle for 10 hours, shower, eat, sleep… but I have also met some incredible people in “the bubble” formed by competitors and support crew. Everybody has a story. Mine has been the ICAS Foundation.”

“I would like to give my thanks to each and every person who has made a donation. It is very much appreciated by me and by the ICAS Foundation. The Foundation is life-changing and is something that we should all be proud of. It would be fabulous to get to 100%.”

Alison’s cycle challenge started in Land’s End and consisted of, on average, around 110-mile rides every day for nine days, climbing a total elevation of 53,000ft, the equivalent of two Mount Everests. Alison trained for the challenge for several months, in all weather conditions.

As she did with her training, Alison kept her network informed on her daily progress as she cycled from Land’s End to John O’Groats:

Day 1: Land’s End, Cornwall to Okehampton Devon (105.3 miles and 9300ft of climbs). A very tough cycle and my rear gear cable snapped at about the 20-mile mark, so I had to cycle a further 16 miles without any gears on very hilly roads to see the mechanics at the first pit stop. Sorted by the mechanic, John – my hero of the day. 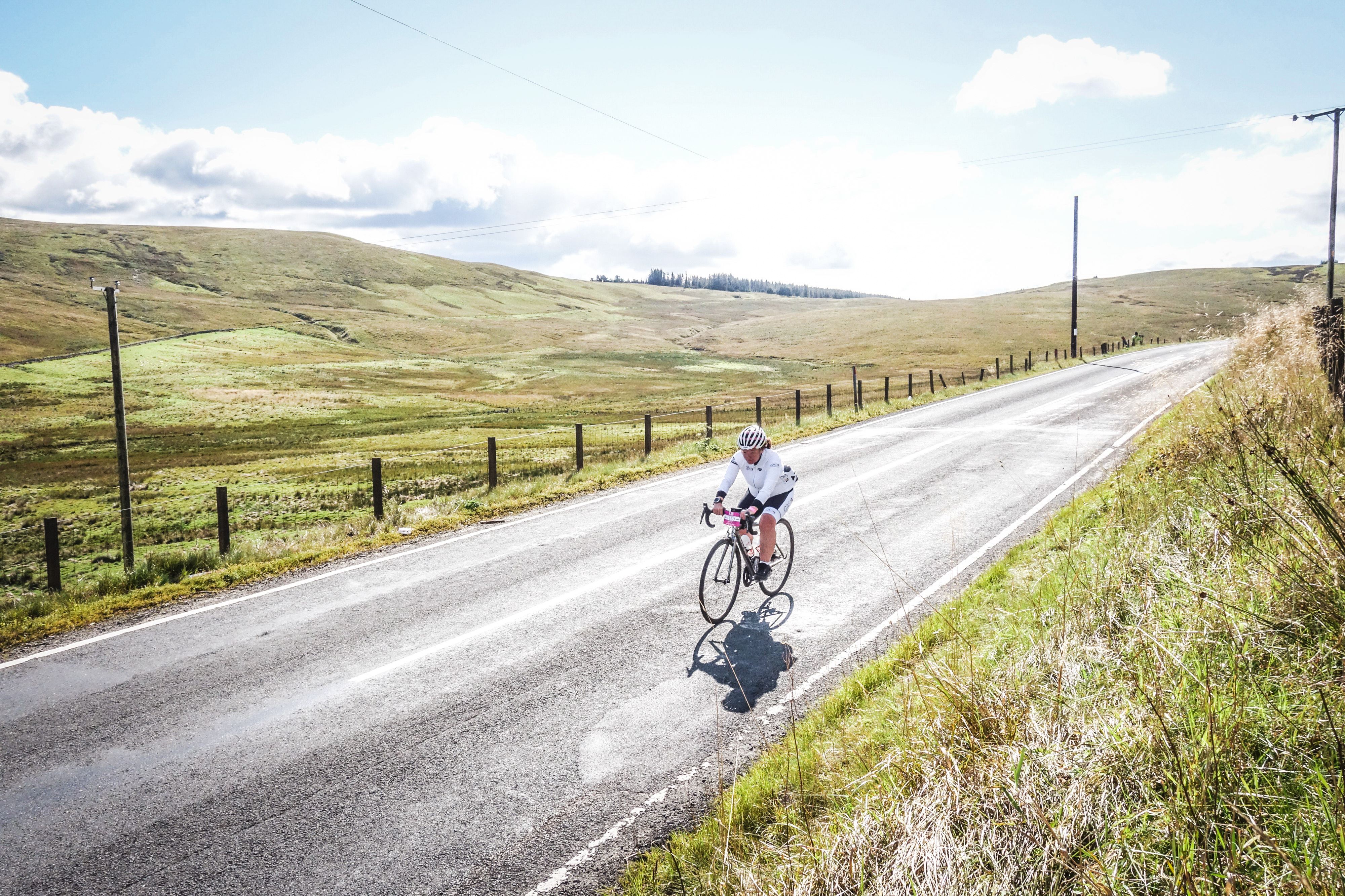 Day 2: Okehampton, Devon to Bath, Somerset (114 miles and 7300ft of climbs). Alarm clock went off at 4.45am again. Really tough day due to the climbs including Cheddar Gorge (it felt never-ending) and Cothelstone, a very famous climb with 20% sections (also felt never-ending). The final climb of 750ft to base camp was the most horrible climb ever. Tomorrow should be easier (only 96 miles and less climbing). 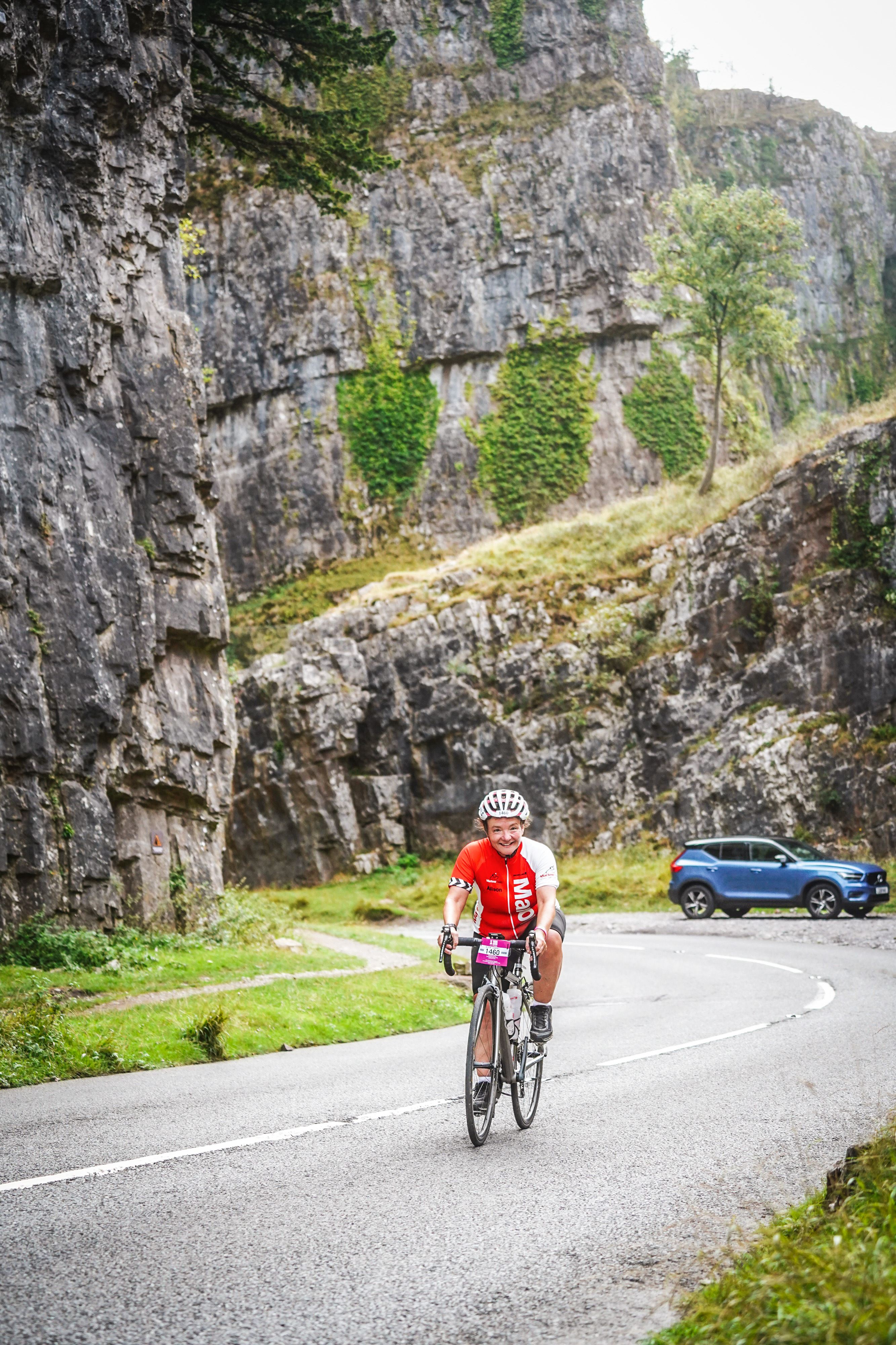 The ride was not short of tough climbs

Day 3: Bath Somerset to Ludlow Shropshire (94 miles and 5500ft of climbs). A slightly later alarm at 5am. Lots of gruelling hills but not as severe as yesterday. Incredible team spirit. Legs fine but my upper back and shoulders really throbbing.

Day 4: Ludlow Shropshire to Haydock Lancashire (107 miles and 3200ft of climbs). There was less climbing today but shoulder really painful, so arranged physio session on completing today’s course. Tomorrow will be the longest mileage at almost 120 miles, including Shap.

Day 5: Haydock Lancashire to Carlisle Cumbria (118 miles and 5600ft of climbs). A huge challenge today. My legs are great but shoulders really hurting and quite saddle sore like many other participants. The ride up to the top of Shap was spectacular at 1350 feet. Tomorrow, I cycle 106 miles to Edinburgh.

Day 6: Carlisle to Edinburgh (107 miles and 5000ft of climbs). Obligatory stop at the Welcome to Scotland sign at Gretna. Stunning ride from Moffat to Biggar. Huge morale booster to be met by friends from ICAS and some ICAS Foundation students at the finishing line today. 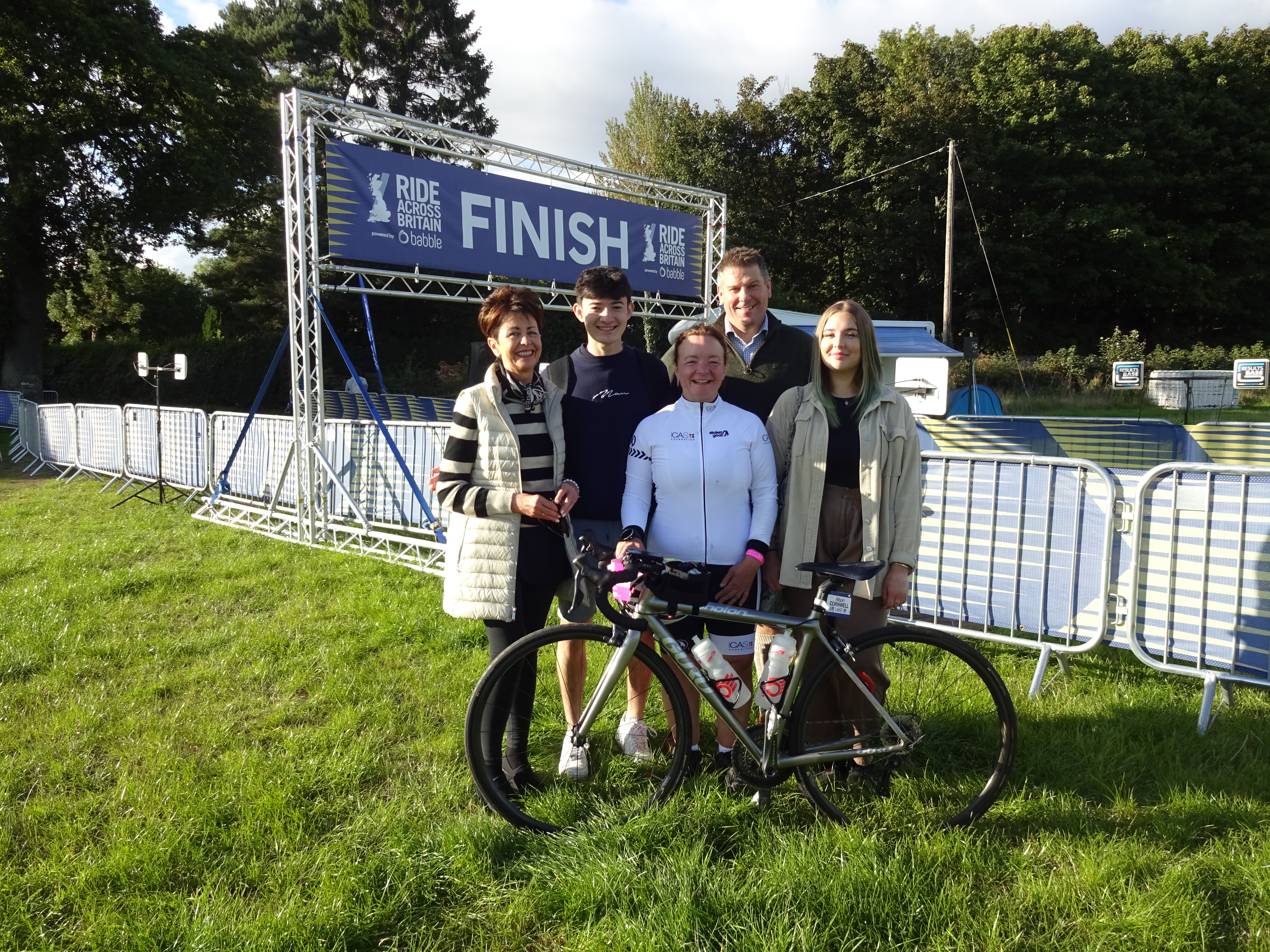 Day 6: reached Scotland and met some friendly faces at the day’s finishing line

Day 7: Edinburgh to Strathdon (120 miles and 7300ft of climbs). Over the starting line at 6am. Brutal! Today was my least favourite day of cycling ever. Very strong northerly wind and rain from Perth onwards - especially Glenshee - although I did see a rainbow. Hoping for better weather tomorrow.

Day 8: Strathdon to Kyle of Sutherland (107 miles and 6700ft of climbs). I took it easy today as I looked as if I had gone 10 rounds with Mike Tyson when I woke this morning. Medics told me I had a severe electrolyte deficiency. I filled my water bottles with special solution all day and I’m feeling so much better now and looking forward to the final big push tomorrow. I’m camping tonight and posting this update from my tent. It’s very chilly outside but toasty inside. Early night and a 6am start tomorrow. Hopefully I’ll be posting a photo with my bike at the famous John O’Groats sign tomorrow!

Day 9: Job done! Kyle of Sutherland to John O’Groats (104 miles and 4500ft of climbs). 6am start in the dark and freezing cold with heavy rain all the way to the first pit stop at 29 miles. I squeezed what looked like a pint of water out of my gloves. Midges came out in force and it was too cold to hang around - so onto the second pit stop 44 miles later via the beautiful Betty Hill. Final 31-mile stretch seemed never ending. Very pleased to reach the finishing line. The last 9 days represent the toughest challenge I have ever undertaken. It’s been relentless but I have also met some incredible people in “the bubble” formed by competitors and support crew. Everybody has a story. Mine has been the ICAS Foundation. 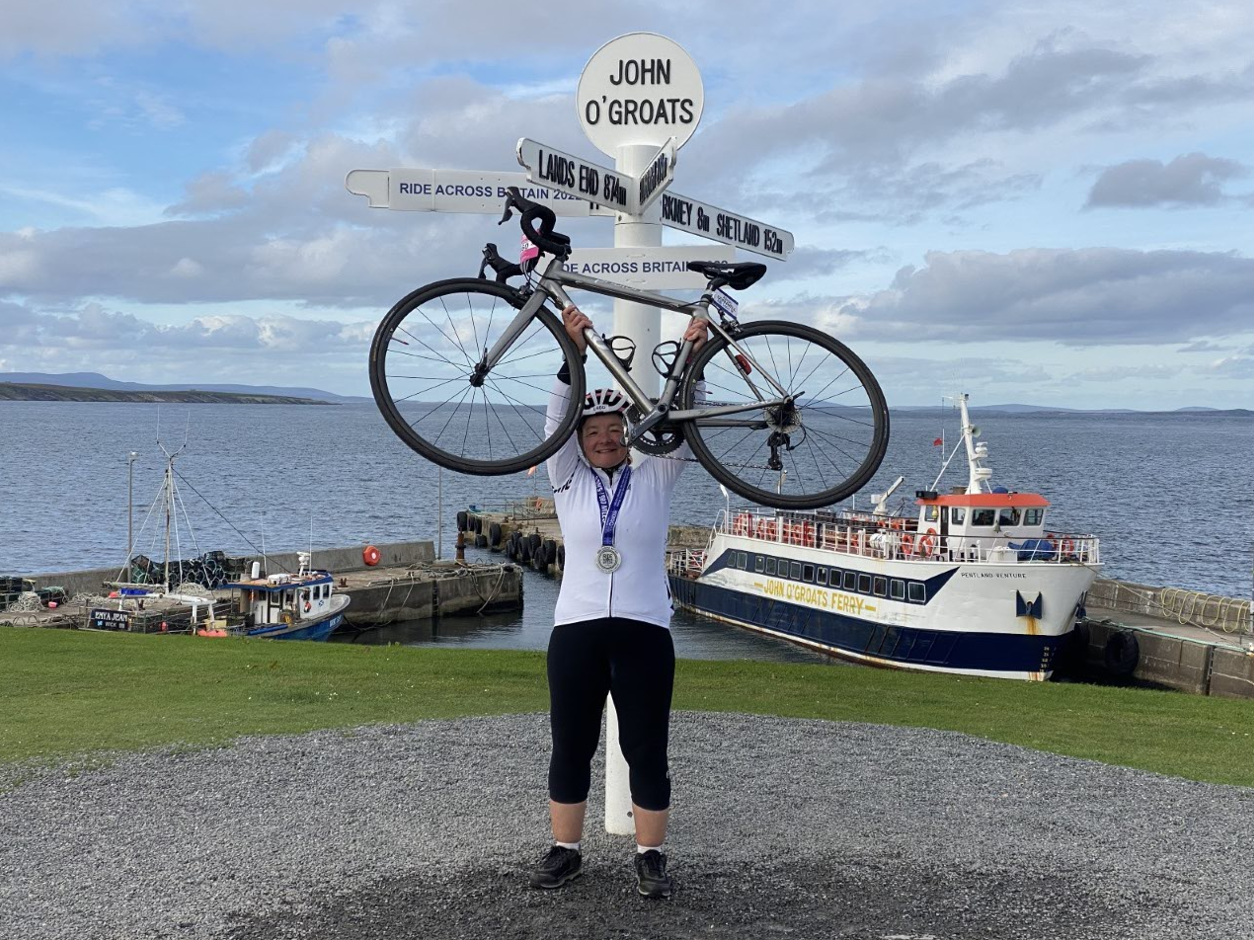 Alison has reached 90% of her fundraising target of £25,000. The thinking behind Alison’s target was simple: ICAS has almost 25,000 ICAS Members worldwide and if each Member gave £1, the ICAS Foundation would be able to fund ten student bursaries for one year.

There is still time to help Alison reach her target by donating below.