ICAS and The Chartered Institute of Taxation (CIOT) are calling on Scotland’s political parties to improve public awareness of devolved taxation in the next Scottish Parliament, as a new poll shows that a third of Scots are unaware that the Scottish Parliament has made changes to the tax system.

The tax and accountancy bodies make the call in a new paper, Building a Better Tax System, setting out their priorities for the devolved tax system in the next Scottish Parliament.

The poll of 1,098 adults in Scotland was undertaken by the Diffley Partnership in March 2021. It is the third to be commissioned by CIOT since the introduction of Scotland’s new income tax regime in 2018.

The steps that CIOT and ICAS would like to see introduced in the next Scottish Parliament include:

Charlotte Barbour, Director of Taxation at ICAS, said: “The reality is that at present, many of the day-to-day changes needed to maintain the integrity of the devolved tax system are either not happening, due to a lack of parliamentary time, or in a way that limits detailed scrutiny.

“Having an equivalent to the UK Finance Bill at Holyrood is one of the ways that awareness of Holyrood’s tax powers could be boosted, by making sure that tax policy is more visible in the Scottish political calendar.

“Increased awareness will become more important if discussions around the role of the Scottish tax system increase in prominence as we emerge from the pandemic.”

Alexander Garden, Chair of the CIOT’s Scottish Technical Committee, added: “As political parties set out how they plan to use Holyrood’s tax powers, it should be concerning that a third of respondents are unaware that the Scottish Parliament has made changes to the tax system in Scotland.

“The case for increased awareness has arguably been made stronger by the devolution and divergence that has taken place in recent years.

“As taxes account for a significant amount of money spent by Holyrood, it should be a priority of the next Scottish Parliament to ensure that taxpayers can understand more about Scotland’s tax powers and the changes that are being made in their names.”

On the need for a more strategic approach to making Scottish tax policy, Alexander Garden added: “We would like to see our MSPs taking a longer-term approach to thinking about how the Scottish tax system works.

“We need to move away from the recent trend that has seen new tax measures brought in at short notice with limited consultation in exchange for parliamentary votes, and towards an approach that focuses not just on new taxes, but on how we use those we already have more effectively.

“This should include better coordination between the Scottish and UK governments around the timing of future budgets. The delays to the last two UK Budgets have highlighted challenges for Holyrood when faced with the need to agree tax and spending plans without full sight of the UK picture. We hope that will change.” 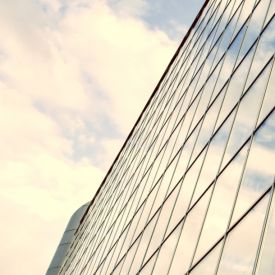