Inside ICAS: May update from the Office Bearer team

An update from the Office Bearer team on what’s been happening at ICAS over the past month.

“Each year the President is asked to provide a number of themes that will run through their presidency. This year, I have invited Indy and Clive to join me in devising a suite of themes that will gel together and hopefully provide guidance not only for this year but for the coming years too. We have outlined the priority topics we will focus on during our terms in office.”

“ICAS launched a new mental fitness strategy this month. The three-year plan aims to break down the stigma surrounding mental ill-health in business, provide access to resources and see ICAS become a leading voice for the promotion of mental fitness. The ICAS Mental Fitness Pledge – Health minds start here – is at the forefront of this strategy and outlines all that we aim to achieve.”

“ICAS has published its annual Gender Pay Gap Report and I was delighted to see 2020’s figures showing continued progress towards closing the gap. As at April 2020, we are reporting a gender pay gap of 18.4%. This is a decrease from 21.8% in 2019 and 31.4% in 2018. While we acknowledge there is more to be done, we are pleased that we are seeing continued progress towards closing gap.”

To coincide with Mental Health Awareness week in May, CA Agenda podcast host Indy Hothi CA chatted to the Chair of the Board of Trustees at the Mental Health Foundation, Aisha Sheikh-Anene, about reconnecting with nature, the importance of communicating and the effect the pandemic has had on mental wellbeing.

ICAS Members also got involved in helping to mark Mental Health Awareness Week by sharing their favourite places in nature and telling us about their go-to locations in the great outdoors, as the theme of this year’s week is how nature can benefit our wellbeing.

May's edition of CA magazine focused on mental health and business, featuring key insights from Arianna Huffington and Alastair Campbell. The edition also featured CAs working in the arts, discussing the impact of COVID-19 on their sector and setting out a roadmap to recovery.

We were excited to see ICAS’ new partnership with CityA.M. – London’s most-read financial and business newspaper – which has put ICAS in front of thousands of workers across the capital and beyond. Launched in early May, this strategic partnership supports our ambitions to raise the profile and influence of ICAS and the CA qualification in London, and includes the creation of a dedicated hub – ICAS Talk – on the CityA.M. website.

During May, ICAS hosted a private roundtable with Lord Callanan, Parliamentary Under Secretary of State for BEIS. The event was chaired by Bruce Pritchard CA and attended by senior figures from accountancy and business. Discussion included the future vision for the UK business regulatory environment, the accountability of directors and the need for a level playing field together with internal controls.

Finally, we were delighted to see an open letter which ICAS received from HMRC this month in which it thanks ICAS Members for the part they have played in helping to deliver COVID-19 financial support measures.

That’s all for this month’s round-up. Look out for next month’s update towards the end of June. 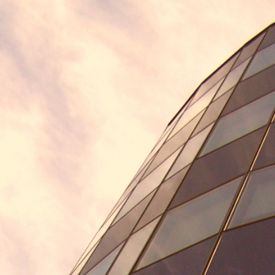 Inside ICAS: April update from the Office Bearer team