The ICAS Code of Ethics is substantively based on the International Ethics Standards Board for Accountants (IESBA) Code of Ethics (‘the Code’). In April 2022, IESBA issued its Strategy Survey 2022 to seek stakeholder input on what key trends, developments or issues IESBA should consider as it begins the process of developing its Strategy and Work Plan (SWP) 2024-2027. The SWP is expected to be finalised by the end of 2023 for release in early 2024.

A summary of ICAS’s main comments within its response are noted below:

Responding to developments relating to reporting and assurance of sustainability information

(i) Role of the accountancy profession

IESBA noted in its Strategy Survey that there is a wide range of professional firms outside the accountancy profession that are providing assurance services with respect to sustainability information. And while the Code governs Professional Accountants in Public Practice’s (PAPPs) ethical conduct or independence on assurance engagements, it appears that there are currently no comprehensive or globally accepted standards that govern the ethical conduct or independence of these other assurance service providers, or standards as comprehensive as those in the IESBA Code.

Accordingly, IESBA posed an open question as to whether the public interest would be better served if the scope of the Code ― as a body of ethics (including independence) standards that is already globally recognized and trusted ― were to be enlarged to cover assurance service providers that are not PAPPs.

ICAS agrees with the principle that, to ensure quality, there should be a level playing field in terms of ethics and independence for all those providing assurance over sustainability information. However, ICAS struggles to understand how, in practice, IESBA would be able to expand the scope of the Code to cover assurance providers other than PAPPs.

ICAS believes this could only be achieved if assurance providers other than PAPPs were to be required by respective jurisdictional regulators – bodies such as the International Organisation of Securities Commissions (IOSCO) or the Monitoring Group could influence such regulators – to adhere to the Code.  All the accountancy profession itself can do is highlight its professional standards to the regulatory community. It would then need to be the jurisdictional regulator who would require others external to the accountancy profession to comply with appropriate standards.

ICAS believes that the public interest would be best served by having the same or equivalent ethics and independence standards apply to all parties providing assurance on sustainability-related information.

Raising the bar of ethical behaviour for professional accountants in business

IESBA noted that over half of the world’s professional accountants are Professional Accountants in Business (PAIB) working on their own or in organisations other than public accounting practices and in recent times IESBA had significantly enhanced the Code’s provisions relating to the ethical behaviour of PAIBs.

IESBA therefore asked if, beyond sustainability reporting, stakeholders believe IESBA should dedicate strategic focus on further raising the bar of ethical behaviour for PAIBs in its next strategy period.

ICAS responded that, other than the work currently being undertaken on technology, tax and sustainability, which potentially have significant implications, ICAS does not believe that there is a need for IESBA to focus on raising the bar of ethical behaviour for PAIBs in the next strategy period.

However, a potential activity for IESBA outside standard-setting would be to highlight to key stakeholders, e.g., members of the Monitoring Group, that the NOCLAR provisions in isolation are not sufficient but rather supporting measures need to be put in place by other bodies to complement them. In this regard, jurisdictions need to ensure that they have in place, or put in place, appropriate mechanisms to provide adequate protection to individuals (including professional accountants) who are placed in a situation where they are considering reporting a matter of non-compliance in the public interest.

IESBA asked if it should continue to dedicate strategic focus on strengthening the International Independence Standards for audit engagements in its next strategy period.

ICAS believes that, other than in relation to sustainability assurance and completion of its current projects, IESBA should have a ‘slow down’ period for now in terms of creating new provisions to the Code and agrees with IESBA that there is a need to instead primarily focus on carrying out post-implementation reviews on recent changes to the Code, including those in relation to the Fees, Engagement Quality Reviewer, and Non-Assurance Services provisions which become effective at the end of 2022.

Promoting timely adoption and effective implementation of the Code

IESBA asked if it should devote strategic focus on promoting timely adoption and effective implementation of the Code in its next strategy period.

It might be that this gap indicates that too much standard-setting has been taking place, and therefore professional accountancy organisations are not wanting to take it on, or some countries might be finding it more difficult to translate the Code so they are taking more time to implement it.

This time lag for implementation might grow if new provisions are continually introduced. IESBA should therefore consider devoting attention to those countries that have not yet implemented the restructured Code. It is noted that 85 jurisdictions have committed to adopting the Code, but it was not clear how many have done so and what the timeline is for those who have committed but not yet done so.

IESBA also provided a list of topics that it could consider as potential future projects or initiatives in the 2024-2027 strategy period and asked respondents to rank each of the topics according to level of importance.

ICAS gave its highest rating to the topic of the ‘Independence of External Experts’. Although in general ICAS believes there should be a ‘slow down’ in introducing new independence provisions into the Code for now, until all the other recent changes have been embedded, ICAS also recognises there is a need to focus on provisions in relation to sustainability in the Code.

Read the ICAS response in full

ICAS is committed to providing ethics resources and support to its Members. Since 2015, ICAS has published a series of publications, guidance and resources as part of The Power of One initiative which are all available here.

From 1 January 2021, compulsory ethics CPD was introduced for all ICAS Members. This does not involve compulsory attendance at courses or the purchase of material – it could simply mean some reading of ethics-related material available online. In addition to ICAS’ own ethics resources as noted above, other websites provide useful sources of information as explained here.

If you have an ethical query, ICAS provides an Ethics Helpline Service.  In addition, ICAS  offers an Ethics Buddy Service which enables a CA with an ethical dilemma, where deemed appropriate, to have confidential, informal, discussions with an experienced ICAS Member in order to explore their issue and assist them in considering how they might approach their dilemma.

ICAS is also partnered with whistleblowing charity Protect to provide Members and Students with access to an independent, confidential helpline. This service offers free advice regarding whistleblowing and speaking up. 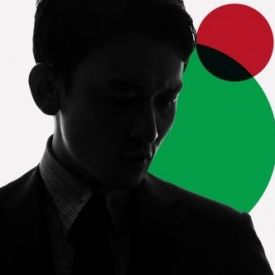