The Scottish ICAS local Area Networks have been refreshed and reorganised in response to Member feedback.

The Area Networks act as local links between ICAS and its Members and Students in Scotland and London, supporting the communication of key initiatives, relaying feedback and delivering a calendar of exclusive events.

The organisation of the networks was recently refreshed and reorganised in a move that aims to ensure they are more effective at covering and representing all of Scotland and are better aligned with local-authority areas and ICAS Council’s Electoral Area seats.

The decision to reorganise was driven by feedback from ICAS Members who at times reported confusion over which Network covered their locality.

Connect with your Network

The ICAS Area Networks are always keen to hear from local Members and Students who’d like to get involved or who might have ideas for local events or initiatives.

You’ll find more information here along with contact details for the Chair of your local Area Network.

Your Area Network’s event plans for 2022

The Area Networks regularly host a range of exclusive online and in-person events that provide opportunities to engage with ICAS, connect with local Members and Students and hear from expert speakers with insight from in and out of the profession.

You’ll find highlights of some of this year’s planned events below and keep an eye on your ICAS emails and icas.com for more information, confirmed dates and news of all the upcoming activity in your area. 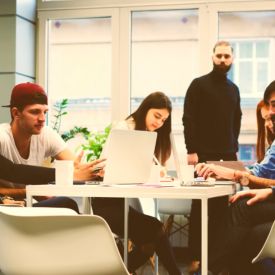 The local links between ICAS and its Members and Students.