ICAS governance, the Office Bearer elections, and you

Council and its three Office Bearers are responsible for overseeing the effective management and direction of the Institute’s affairs. By getting involved with the 2020 elections, all ICAS members can play their part in this vital governance process.

Through sharing their ideas, experience and insight, Council members play a vital role in enabling the achievement of the strategic priorities of both Council and ICAS itself.

In fact, Council’s full terms of reference include a range of responsibilities, from ensuring the objects of the Royal Charters are achieved in a manner consistent with regulatory-body status, to liaising with government, promoting the views of ICAS members, and generally ensuring the observance of high standards of corporate governance.

Along with Public Interest and co-opted members, Council is composed of at least 65% of members who have been democratically selected by the wider ICAS membership through annual elections.

At the top of the Council hierarchy are the three Office Bearers – President, Deputy President and Vice President.

The Office Bearers have the following areas of responsibility:

These positions are held for a term of one year, and whilst the President can only serve one term, the Deputy and Vice Presidents can serve up to three consecutive one-year terms.

Who can become an Office Bearer?

Candidates for Office Bearer positions are required to follow one of two nomination routes and then potentially to stand in a contested election.

Any ICAS member may nominate themselves, or another member, for an Office Bearer position if they believe they display the relevant qualities to serve in the role. The nomination must be in writing, supported by 50 ICAS members, and include the supporting information requested, namely, a professional bio, reasons for standing, etc.

The second group of potential candidates for Office Bearer positions are those who have been nominated by Council. In this instance, Council will have satisfied themselves that these individuals also have the relevant qualities to serve as an Office Bearer.

Council-nominated candidates (one for each Office Bearer position) are identified by the Presidential Nominations Committee (known as the PNC) and are put forward to Council for approval following a rigorous selection process. The PNC is a committee of Council and the members include two past Presidents and a Public Interest Member of Council. If Council supports the PNC’s recommendations, those candidates become Council’s nominated Office Bearer candidates.

This year’s nomination process is currently underway (for the Office Bearer, Open and Area Seat vacancies), and will close on 13 March at 17:00 GMT.

After nominations have closed, if there are other, independent or self-nominated candidates in addition to the Council-nominated candidates, then an election will be held. This year’s elections will open on 1 April, with members asked to vote for their preferred candidates for any contested Office Bearer positions.

If there are no other candidates, then the Council nominees will be considered duly elected and their appointments will be announced at this year’s AGM on 24 April.

Take some time to get involved

The window for nominations doesn’t close until 13 March, so there’s still plenty of time to consider the vacancies and get involved with the election process. The broader the scope of the input to the elections, the better the results will represent the wider membership.

And when the nominations are in and voting opens on 1 April, take some time to consider the candidates and remember that the votes you cast will help to decide the shape and direction of ICAS for the years ahead.

What does it take to be an Office Bearer?

Potential candidates for Office Bearer positions are expected to be able to display a range of relevant qualities: 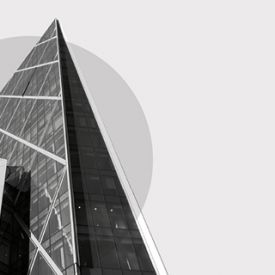