The ICAS Charities Panel has responded to part 1 of a major consultation on the development of international financial reporting guidance for not-for profit organisations (NPOs).

ICAS broadly welcomes plans to base international financial reporting guidance for NPOs on the IASB’s International Financial Reporting Standard for Small and Medium-sized Entities (the IFRS for SMEs).

Nevertheless, the ICAS response makes recommendations ICAS believes are necessary to place the planned guidance on a firm footing and to ensure that it is proportionate to the needs of NPOs operating in challenging environments.

About part 1 of the consultation

Part 1 of the consultation considers the following general matters:

Part 2 of the consultation, which closes in September, considers NPO-specific financial reporting issues. It sets out how key specific issues have been identified, provides a description of the nature of each issue and criteria for prioritising issues to be considered for inclusion in the guidance.

The consultation is being conducted by the International Financial Reporting for NPOs (IFR4NPOs) Initiative.

The Initiative has been established to develop the world’s first internationally applicable financial reporting guidance for NPOs. Its purpose is to improve the clarity and consistency of NPO annual reports and financial statements, resulting in greater credibility and trust in the not-for-profit sector globally.

The Initiative arose from a project supported by the UK’s Consultative Committee of Accountancy Bodies (CCAB) back in 2014.

Scope of the planned guidance

A ‘board characteristics’ approach is proposed for the guidance which ICAS supports. This approach lends itself to jurisdictions that do not have a legal framework for NPOs, including charities, therefore eliminating a potential barrier to applying the guidance.

ICAS recommends that the broad characteristics approach is extended to enable entities, such as trade unions, which are for private benefit (i.e. which do not have exclusively public benefit objectives) to apply the guidance. For such an approach to work, we have also recommended that the broad characteristics approach specifies that the guidance should not apply to entities permitted by their founding documents to distribute surpluses to individuals or to commercial profit distributing entities.

The information needs of external stakeholders

ICAS has challenged the emphasis placed on NPO financial reports (i.e. the annual report and financial statements together) being useful for decision-making. ICAS also has a preference for referring to ‘stewardship’ than solely to ‘accountability’. Stewardship encompasses both management’s accountability for past actions and its responsibility for the future sustainability of the entity.

Basis of the planned guidance

The consultation paper proposes that the NPO guidance on the preparation of financial statements needs to be based primarily on an international rather than a jurisdictional-level framework. It examines the extent to which the three existing international frameworks would allow the project objectives to be met.

In addition, the ICAS response highlights the following additional key risks which need to be considered in developing the guidance:

Read the ICAS Charities Panel response to the consultation here. 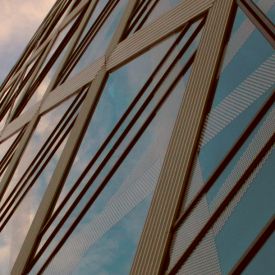 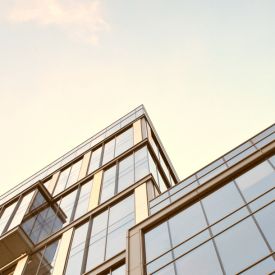