How to navigate HMRC’s crackdown on furlough fraud

HMRC is racking up its compliance activities with a view to taking action against those who have made erroneous Coronavirus Job Retention Scheme (CJRS) claims.

How to navigate HMRC’s crackdown on furlough fraud

The Coronavirus Job Retention Scheme (CJRS) has been a vital support to many businesses and employees over the course of the last few months, and we now know that the scheme has been extended for a further 6 months. HMRC is now ramping up its compliance activities with a view to taking action against those who have made erroneous claims.

Given the vast sums of money at stake and strong public opinion for it to take action against those abusing the system, HMRC are now under pressure to act promptly to recover amounts over-claimed and penalise the abusers.

What does the legislation say?

FA2020 Section 16(8) gives HMRC the power to raise Income or Corporation Tax assessments to recover CJRS (& SEISS) grants to which the claimant was not entitled or where CJRS grants were not used to pay furloughed workers.

Sections 8 and 9 of Act provide more detail about the consequences of making incorrect, erroneous or fraudulent claims.

It determines that if HMRC considers that a person or organisation has received grants to which they are not entitled, it can issue assessments to recover as ‘tax’ the amount of the grant they were not entitled to receive. Entitlement includes situations where eligibility ceased part-way through and where CJRS grants were not paid to employees within a ‘reasonable period’.

Care needs to be taken that HMRC’s target-driven officers clearly differentiate between those making honest mistakes and those genuinely abusing the system. It is therefore vital that evidence in support of CJRS grants is available and that clients have the appropriate advice and support.

In raising such assessments, no losses, deficits, expenses or any other allowances can be used to reduce the amounts assessed and no deductions are allowed against Corporation Tax profits.

The legislation did allow employers to correct erroneous claims, without fear of penalty, provided these are corrected within certain time limits -  this is the latest of 90 days after receipt of a grant the employer was not entitled to, or 90 days after any change of circumstances following which the employer was no longer entitled to the grant, up to 20 October 2020. Outside of this, legislation potentially allows HMRC to treat the claiming behaviour as deliberate and concealed. Claimants would then not only have to pay back the over-claimed amounts but may also be facing a penalty charge of 50% - 100% of the over-claimed amount.

In the case of partnerships, if only one partner knew that a claim was incorrect, all other partners are treated as if they also knew. The position is similar for companies, but if any of the directors/company officers are considered culpable and the company is unable to pay the tax and penalties due, HMRC can, subject to certain conditions, recover the amounts directly from the directors/company officers.

Markel has repeatedly advocated that a thorough review of claims is undertaken to ensure any errors are picked up and corrected, ideally within the penalty-free window allowed by the legislation. Though the initial opportunity to correct historic claims penalty-free has passed,  it is still nonetheless good practice to review the claims rather than wait for an HMRC intervention.

HMRC’s interventions may be more severe and Markel has already started to see evidence of HMRC’s targeted letters sent to those taxpayers whose claims are considered likely to be erroneous or fraudulent.

It appears that letters are being issued in tranches of 3,000 with the first issued in mid-August. HMRC previously said it had identified around 27,000 high-risk claims and that it has already commenced enquiries into around 40% of this number. These cases are likely to have been identified through HMRC’s own risk analysis using RTI data, together with the substantial number of calls made to its CJRS Fraud Hotline, which stood at 8,000 in early September.

It is inevitable that many more letters will be issued over the coming weeks, especially given that the 20 October deadline has now passed. Unlike the scatter-gun approach seen in other ‘nudge’ letter campaigns by HMRC in the past, in view of the data available to HMRC, there is good reason to believe that there is a risk, rather than the likelihood of one.

Accordingly, it is certain that taxpayers who ignore HMRC’s ‘invitation’ will only find themselves under more intense scrutiny, not only leaving themselves open to formal assessments for the amounts that need to be paid back, penalty charges and interest

The letters typically suggest that based on information held, the taxpayers CJRS claims may be erroneous and come with a clear warning that a failure to respond within 30 days may result in a formal compliance check. If this happens, these checks have the potential to extend beyond specific CJRS claims.

The letters seen so far by Markel Tax have been issued by the Customer Care Group, under the umbrella of HMRC’s Campaigns & Projects banner, entitled ‘CJRS Post Payment Compliance’. This suggests that HMRC are not assuming from the outset that all erroneous claims are fraudulent, but equally it does not mean to say that HMRC’s Fraud Investigation Service (FIS) will not be involved in other cases, or that appropriate cases will not be escalated to that team if necessary. We already know from earlier press reports that some serious cases were taken up by HMRC’s criminal investigations teams.

These letters should not be ignored. Many clients may ask: “If we’re content that our original claim is correct, should we reply at all?” The answer is yes - if HMRC find themselves in possession of some information that troubles them enough to cause them to put pen to paper, until that trouble is resolved to their satisfaction, the matter cannot be closed. Half-hearted responses or the absence of any response will not halt HMRC’s compliance machinery.

Accordingly, it is certain that taxpayers who ignore HMRC’s ‘invitation’ will only find themselves under more intense scrutiny, not only leaving themselves open to formal assessments for the amounts that need to be paid back, penalty charges and interest, but also to the additional stress and uncertainty brought about by a formal compliance review. Such a review is likely to be far more disruptive for the business, at a time when businesses and especially those that have needed to rely on CJRS grants, can’t afford any further disruption.

Whether or not your clients are in receipt of a letter from HMRC, a check of CJRS claims is a wise investment in time. Those in receipt of an HMRC CJRS compliance letter should not delay and would be well advised to seek the appropriate advice to ensure they provide the right response.

Jacqui Mann and Steve Price, senior tax consultants at Markel Tax, are both ex tax inspectors with a wealth of knowledge in handling HMRC enquiries and negotiating on behalf of clients and their advisors. For guidance on Coronavirus Job Retention Scheme issues, they can be contacted on 0370 218 5278.

Learn more about a partnership with Markel Tax today. 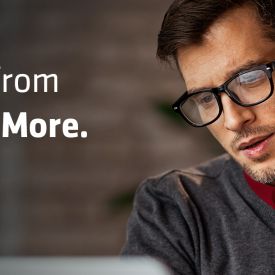