Currency and the coronavirus

By Jeremy Thomson-Cook, Chief Economist, FairFX (soon to be Equals)

Jeremy recently joined FairFX as their Chief Economist. He has been working in financial markets and finance since 2002 – he specialises in helping clients understand their currency risk which enables them to maximise their international payments.

The emergence of the coronavirus, Covid-19, in China over the past few months and its subsequent global spread has had the largest negative impact on financial markets since the financial crisis of 2008. It is truly a ‘black swan’ moment; a hard-to-predict but ultimately incredibly powerful occurrence that shows a lack of systemic preparedness and policy inefficacy.

At the time of writing, the number of cases in the Western Hemisphere is rising, businesses are cancelling conferences, countries are banning large-scale public gatherings and the wider economic data is starting to pitch lower with financial markets starting to crack.

Our job at FairFX is to stay ahead of these developments and inform our clients as to their likely effect on currencies. We are not epidemiologists, but it helps to look at where this all began to work out what the future may hold.

How have markets reacted since the virus became front page news?

If there is a lesson to learn from this whole episode it is that financial markets were incredibly complacent to the risks that the virus posed to the global economy. While it was initially a problem in the city of Wuhan, and then in the wider Hubei province - stock, bond and currency markets were incredibly sanguine. It was only when infections and deaths were reported in Italy and the conversation changed to an impact on supply chains that investors started to run for the door.

It is a well-worn aphorism that markets don’t like uncertainty, and the slowing of global growth alongside a hefty dollop of fear that comes from the spread of a new virus pushed equity markets into their largest falls since 2008.

In currency terms we have seen some large and swift moves.

Despite the number of infections in Italy, the euro has swung higher as investors exit trades that initially caused them to sell the single currency. Similarly, the dollar has slipped as investors bet that if any central bank is going to have to cut interest rates then it would be the Federal Reserve. They bowed to that pressure this week. As for the pound, let’s just say that concerns over a slowing of global trade coming at the same time as increased scepticism over Brexit have had a familiar effect.

What to look out for in the coming weeks

Moving forward we expect that the headlines around coronavirus will shift from levels and areas of infection to the economic impact and the steps taken by government and central banks to assist and support the wider economy.

In the UK, US and Eurozone expectations are that central banks will cut interest rates alongside pushing commercial banks to offer favourable lines of credit and payment terms to businesses operating in affected sectors.

Similarly, governments may feel the need to increase spending on anything from medical provisions to offering financial support to households who cannot work due to quarantine procedures.

Currency markets will remain volatile as investors work out whether the virus’s effects are enough to pitch local or global economies into recession. These are the times that a sensible hedging strategy pays dividends by smoothing out volatility in short term pricing.
Other than that, just remember to wash your hands.

FairFX helps businesses and individuals to save money when transferring money abroad. They have teamed up with ICAS to offer members special offers on their currency transfers. 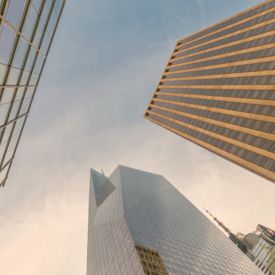 ICAS guidance for members and students for coronavirus (COVID-19)