Big data: what is it and who is using it?

As the capabilities of analytics technology become ever more sophisticated, how are organisations mining and using this information and what are they doing with it?

The value of information has been described as on par with and, depending on the information and how it is used, exceeding that of precious metals and fossil fuels. Although data, as we know it in the digital age, is far from a new resource, the methods used to extract, examine and distil it have become more refined over the years.

Today, the speed and ease with which organisations can gain massive amounts of information from their consumer base have led to a data overload of sorts. The term ‘big data’ refers to a colossal amount of information that is too large and complex to be processed by ‘traditional’ software tools, and certainly too enormous an undertaking to be attempted by humans alone.

But what kind of data is being gathered and how is it collected? Put plainly, the data can be anything you can think of and collected in a myriad of ways. Names, ages, email addresses and a person's preferred yoghurt brand are all data points that have potential value and can be gained via social media profiles, app sign-up pages and supermarket loyalty cards.

However, in a report published by PwC, the Big Four firm stated that for data to have true value, it must satisfy three criteria:

Which companies are using big data?

The data and how it is used are as diverse as the organisations that gather and manage it. Here are some examples of businesses integrating big data and how they are using it to boost their success.

Netflix has become a behemoth of the streaming world. The company, which brings in billions of dollars in revenue annually, provides subscribers with a host of films and shows to stream at their leisure. The amount of data the platform collects from its customers is vast.

By using the latest analytics software, Netflix can provide individual users with curated home screens that will display content that they are likely to enjoy based on their previous viewing behaviour. This has proved effective as it has been estimated that 80% of the content view is a direct result of the platform’s recommendation system.

This tech giant leverages big data in a similar way to Netflix in that it analyses customer shopping habits on its eCommerce site to recommend products that are likely to appeal to them.

The company also, somewhat controversially, gathers data via its virtual assistant, Alexa, through devices such as the Echo and Echo dot by recording users' speech in order to improve how the devices recognise specific instructions and requests.

Credit card provider American Express has used big data to aid in the detection of fraud and to connect its customer with the products and services they are likely to use. By analysing the spending habits of customers via complex machine learning, the company can pinpoint potential from tens of millions of transactions each day.

said; “Our fraud algorithms monitor in real-time every American Express transaction around the world for more than $1.2 trillion spent annually, and we generate fraud decisions in mere milliseconds.”

The Tesla brand name has become synonymous with self-driving, electric vehicles. Without big data and the technology to analyse it, the autonomous cars that Tesla has become known for would not be able to do what they do.

By extracting and processing data at an incredible rate from sources such as other vehicles, mobile phones and the movement of pedestrians, these cars are able automatically to traverse city streets with little, or no input from the human behind the steering wheel.

Although a hotel may not initially spring to mind when considering businesses using big data, Marriot and its subsidiaries have been leveraging a wide range of information to boost its revenues and fill its rooms.

The hotel chain has been using dynamic pricing which will raise or drop the price of a room based on factors such as the time of day, the weather and the state of the localised and global economy. Customers in some branches can also check in using facial recognition software to speed up the process. 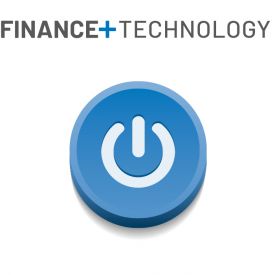